SHEGUIANDAH FIRST NATION – The Jingtamok (powwow) in Sheguiandah First Nation celebrated 30 years this past weekend, offering a fun and action-packed schedule that brought out scores of dancers, drummers, vendors and spectators to witness this Island-favourite event.

Saturday’s grand entry took place right on time at 1 pm. A grass dance featuring host drum Red Man took place just before, with grass dancers beginning to mat down the high foliage within the arbour and offering a blessing for the grounds.

This year’s event was themed ‘Voices of our Nations’ and emcee Dan Fox acknowledged all the past emcees over the past 30 years of this event’s history.

Sheguiandah First Nation Ogimaa Andrew Aguonie stressed the importance of taking action against climate change and pollution in his opening remarks. Ontario Regional Chief RoseAnne Archibald thanked Sheguiandah and its leaders for welcoming everyone to their lands for the celebration.

“These are social gatherings between settlers and our people. It’s about sharing wealth, abundance and the good things the land has to offer,” said Regional Chief Archibald.

Anishinabek Nation Grand Council Chief Glen Hare said he knew how proud Sheguiandah First Nation band members are about the place they live and welcomed the opportunity to share in that with them.

Algoma-Manitoulin-Kapuskasing MP Carol Hughes brought greetings from MPP Mike Mantha and party leader Jagmeet Singh, adding that she had been pushing for Indigenous rights to be a part of all government motions despite this push being ultimately defeated.

Other activities at the event included a hand drum competition, potato dance, bingo and fireworks on Saturday evening. 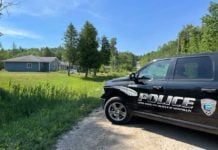 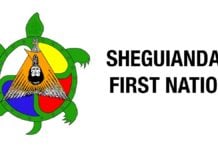 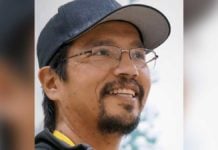