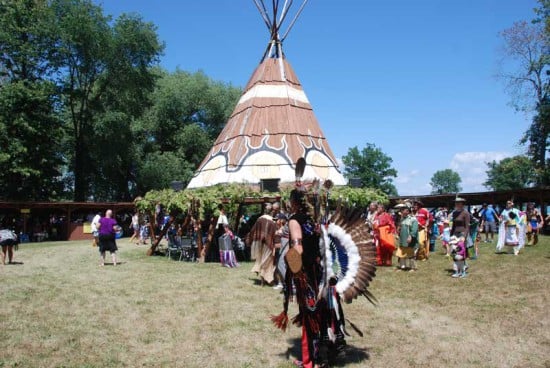 The annual Sheguiandah First Nation community pow-wow continues to move forward. A Sheguiandah band member and non participating councillor, Derek Assiniwe, came into our health centre offices making demands and trying to take possession of Sheguiandah’s pow-wow. We tried in vain to explain how the pow-wow did not belong to a family or group and that the real owners of this community event was the community. When a group uses words like “mine” and “ours” it no longer belongs to the community as a whole. This pow-wow was started by the late Chief Maxi Assiniwe 24 years ago for his community. Chief Assiniwe was a visionary and saw the first pow-wow as a symbol of change where the community could practice their culture in a good positive way. The community will carry on with our late chief’s vision.

It is no secret that many of the protestors from last summer are the ones that have been running the pow-wow in years past. The pow-wow volunteers (along with SFN staff) have decided to let the protestors have use of the name ‘24th annual pow-wow’ should they choose to have a separate pow-wow. However, since it would no longer belong to the community we kindly ask that it be moved to another venue and that the words “community” and “Sheguiandah First Nation” not be used to try solicit funds or mislead the general public.

It is with great pride and excitement that we would like to announce the Sheguiandah First Nation’s Annual Community Pow-wow. This annual event is for the community and will be run by the community. We are rebuilding and refurbishing the grounds and structures in preparation for this historic event, July 6-7. In the spirit of Chief Maxi Assiniwe, this traditional gathering will be a symbol of change where this community moves forward towards a healthy prosperous future that embraces change, new ideas and new ways of doing things.

In unity and on behalf of the community,

EDITOR’S NOTE: As of press time Monday, The Expositor was not able to confirm the rumour of a second powwow. When contacted and asked about the possibility of a second powwow, Councillor Derek Assiniwe said it was “news to me.”