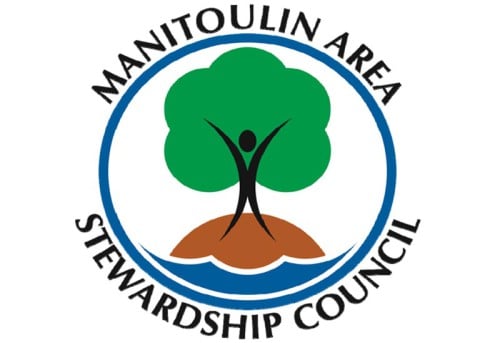 MANITOULIN—Representatives of the Manitoulin Area Stewardship Council (MASC) are upset with Ministry of the Environment (MOE) officials for creating the Great Lakes Protection Act and forming a non-government guardian council to lead this project. MASC had been invited to hold a public meeting on Manitoulin to get input, but the MOE has now cancelled it.

“We are talking about the Great Lakes Protection Act, which is creating a guardian council circle around the Great Lakes,” said Therese Trainor, secretary of MASC, last Friday. “This proposal for the non-government agency started holding public meetings two weeks ago, but they are not holding any on communities on Lake Huron. We had invited the (MOE) group to come to Little Current, and they had accepted based on the premise that the meeting venue would be free of charge. So thanks to the support of the Town of NEMI we had set up a meeting for August 23 and they approved this, but now they have cancelled the meeting and instead will hold the meeting on the same nightin Goderich.”

“We have a lot of concerns with this proposed act, (which they are providing funds of $57 million to implement), with so much emphasis being placed on Lake Erie. We are greatly disappointed, especially since we had a meeting scheduled for the Island and they cancelled it,” stated Ms. Trainor.

“If they want to attract the vested interest and input of those people who live in the Lake Huron-Georgian Bay area you would think they would welcome a meeting––we are tired of having to fight; to, in essence, join the fight to have the voice and concerns of those who live on Lake Huron included in these type of proposals.”

The MOE, in a release, had explained the Great Lakes Protection Act is proposed legislation that, if passed, would help restore and protect the Great Lakes so they stay drinkable, swimable and fishable for us, and for future generations.

If passed, this enabling act would: provide new tools for the Ontario government to protect Great Lakes beaches, wetlands and other coastal areas. Specific actions would be determined through consultation with municipalities, First Nations and Metis communities, stakeholders and the public.

The act would authorize the Minister of the Environment to set targets, and authorize the development and implementation of initiatives to address particular Great Lakes problems. As well, a Great Lakes Guardians Council would be established that would be led by the MOE and would include other ministers with Great Lakes responsibilities, as well as representatives including First Nations and Metis communities, Ontario ministries, municipalities, environmental groups, the science community, farmers, industry, recreation and tourism sectors. And, it would identify provincial Great Lakes improvement priorities, and focus resources on addressing them.

The council would work with an ever-evolving Great Lakes Strategy, now posted for public comment, the MOE release notes. It would be accompanied by a new Great Lakes community action fund to help grassroots community groups undertake improvement projects in their corner of the Great Lakes. The Ministry of the Environment will issue an invitation to apply for community action grants later this year.

“We are not going to give up, and this is mainly due to our grave concerns that Lake Huron is not getting the attention it deserves under this proposed act,” said Ms. Trainor. She pointed out the MOE has put out a 66 page report on the Great Lakes Protection Act, with comments having to be received by August 7, 2012.

“We’ll arrange somehow to get our foot in the door and get someone at the Goderich meeting, and we are outlining our concerns in a letter to the minister,” said Ms. Trainor.

Ms. Trainor said MASC was recently disappointed when MOE “Minister Bradley said he would come to the IJC (International Joint Commission) hearing in Little Current last month or have someone from his office there as a representative and no one showed up. In fact, we received no calls.”

“So much of Ontario makes up the coastline of Lake Huron, but so much focus is being played on southern Ontario in this Act, which is definitely a concern,” said Ms. Trainor. “Water in Lake Erie remains fresh water thanks in a very large part to Lake Huron. And we have grave concerns for fish in the Georgian Bay.”

“We know Georgian Bay Forever will be at the meeting in Goderich, and if we can’t be there directly they will be,” said Ms. Trainor. “We are really, really disappointed with the MOE having agreed to a meeting Little Current and then changing their minds after everything had been set up,” she said.

In its submission to the MOE, regarding the draft Great Lakes Protection Act, MASC states, “the water committee of MASC is pleased to have reviewed Ontario’s Draft Great Lakes Strategy and is in complete agreement with the goals of empowering communities, improving water quality, and protecting beaches and coastlines. We fully concur with the objective of keeping the Great Lakes drinkable, fishable and swimable.”

“We do, however, have several concerns and suggestions,” says the MASC submission. “Foremost is the issue of declining water levels. Lake Superior has been trending downward for years and is now about a foot below its long-term average. Michigan/Huron/Georgian Bay are experiencing an unprecedented decade and a half of sustained low water and will soon surpass the record low. Lakes Erie and Ontario have fared better. Rainfall patterns have altered, the water is warmer, there is much less ice cover in winter so more lake effect snow blows out of the watershed, and evaporation is both greater and occurring over a longer period of time.”

“The increased amount of water draining out of the lakes and down the St. Clair River is the result of mining, many episodes of dredging, erosion, and shoreline hardening of the river; what was once a curved and slow moving river of sandbars and marshes has been remade into a deep, straightened channel with a strong, fast running current,” MASC wrote. “In addition to the water lost down the St. Clair (over 120 billion gallons each day), over two billion gallons a day flow through Chicago and down the Mississippi.”

“The Great Lakes may become unrecognizable within the next 10 years, and, since only one percent of their water is renewed annually, they may be irreversibly damaged. While a natural regimen of fluctuation is desirable, it is clear that the Great Lakes are no longer a natural system and that they require intelligent human management, diligently striving to bring the system as close to natural as possible.”

MASC recommends, “the priority for Ontario should be to work with the IJC, the governments of Canada and the United States, the Great Lakes Commission, the Great Lakes and St. Lawrence Cities Initiative and others to use the best possible science and engineering as quickly as possible to stop unnecessary/man made water loss. The draft does not address this issue in any meaningful way.”

In terms of the importance of the north, “for many reasons the North Shore of Lake Superior, the North Channel of Lake Huron, Georgian Bay and Manitoulin Island play an inordinate role in making the Great Lakes great. “

“The North must be well represented on a Great Lakes Guardian Council,” reads the MASC letter. “Given its biodiversity ranking, conservation priority and coastal environment size, Manitoulin should be represented on the Guardian Council and the MASC is ready to accept that task. Policy and funding decisions must recognize the unique importance of the northern portion of the Great Lakes basin.”

In regards to climate change, “the IJC’s Upper Great Lakes Study Board reports that even with increased extreme storm events, there is an 85 percent likelihood of increased dryness and continuing water decline. We believe that North America has experienced a seismic, dramatic climatic shift and that neither the ecological systems nor public awareness, nor full understanding and concern on the part of our elected officials and decision makers have caught up with the fact.”

“We recommend that Ontario quickly develop a water management crisis plan and that it work with all other agencies, on both sides of the border, to reduce the threat posed by anthropogenic climate change,” continues the MASC letter.

It is pointed out by MASC, “Ontario’s Draft Great Lakes Strategy makes frequent use of words like: encouraging, reviewing, finalizing, consulting, and empowering. While these are all worthwhile actions, the vagueness of the terms brings into question the effectiveness of the strategy in reaching definite, measurable goals. Furthermore, we have grave concerns about the administration of how Great Lakes projects will be funded because: No. 1 the Guardian Community Fund was released before the expiration of the comment period for this draft; and No. 2, funds will be released on a first come first serve basis, rather than on the merits of any project. We recommend that the strategy set aside definite, measurable goals and then measure, regulate, enforce, and fund in order to achieve them. We further recommend the funding be granted on merit, not according to some arbitrary time frame.”

MASC is recommending, “the rapid phase-out of all high capacity wells in Ontario; technical assistance to farmers in converting to less water intensive practices, the banning of all hydraulic fracturing (fracking) within the province, strict regulation and enforcement of concentrated animal feeding operations; working with Canada, the US EPA, and the Great Lakes states to establish ballast regulations as protective as those developed by the State of New York. It also recommends the banning of all pipelines that might threaten the Great Lakes watershed, and interdiction of all transport of toxic or radioactive substances across the Lakes or anywhere in the basin where the watershed could be affected by accident.”

MASC indicates that from the proposal for the Great Lakes Protection Act, “the 43 areas of concern around the Great Lakes represent a stale economic model that has shifted costs to, and borrowed benefits from society, the natural world and future generations. We recommend careful observation and strict regulation of manufacturing industries so that no new areas of concern are possible, along with accelerated funding of the cleanup of existing AOCs, including specific targets and timetables.”

“We recommend that Ontario make sewage to hydrogen a high priority and a key component of the strategy, with sufficient resources devoted to the project so as to ensure widespread implementation within a decade,” suggests MASC.

MASC, “recommends an On the Water educational program that includes theatrical school assembly programs presented every three years at every middle school in the province. We also recommend a program in which charter boat captains, tour boat operators, and other licenced mariners are provided financial assistance for taking people out for brief on the water experiences twice each summer.”

The province should also maintain its system of stewardship councils with continued and in some cases increased funding, recommends MASC.

On the issue of Great Lakes Basin Commons “it is becoming increasingly clear that the protection of the Great Lakes will depend on involving the public trust principles that are part of North American legal tradition and common law. We recommend that Ontario establish a public trust program in association with an appropriate provincial university and in consultation with the University of Vermont and public trust experts at Flow for Water in Traverse City, Michigan.”

“We recommend that Ontario work with Canada, the eight Great Lakes states, the United States, and First Nations and Tribes to develop and ratify a treaty declaring the Great Lakes to be a lived Commons, Public Trust and Protected Bio-region,” added MASC.