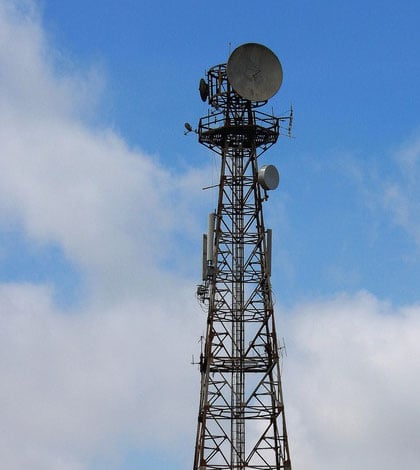 Resident says he is in Bell ‘dead zone’

PROVIDENCE BAY—While a representative of NetCentral says more work will take place to maximize the new cell coverage for Providence Bay a local resident says he is in Bell telephone’s cell ‘dead zone’ and cannot access the services.

“There is still a lot of fine tuning and adjustments to be made to maximize coverage,” stated Morry Brown of NetCentral in an interview with the Recorder late last week. He was referring to a letter relaying concerns that has been circulating (and printed in the September 23, 2016 edition of the Manitoulin West Recorder written by Glenn Black, a Providence Bay resident.

“Bell has the tower in place to provide optimal services for the Kings Highway and the main areas of the communities they have been installed,” said Mr. Brown, “but there will be further fine tuning when Rogers towers are in operation as well (in Morrisville and Meldrum Bay) and they co-locate with the Providence Bay and Evansville sites.”

“They seem to have discounted the south shore of Manitoulin Island so those residents west of Providence Bay, or who are fishing or boating, hiking and ATV riders, will not be able to access cell service, for want of an antenna and a cable at a cost of only about $1,000,” said Mr. Black. “This is a pretty cheap extraction when you figure each of the four new towers having been, or being installed, cost over $1.1 million each.”

As Mr. Black had explained in his letter to the editor, his house on Firehall Road in Providence Bay is just 3.3 km ‘as the crow flies’ from the new tower at Hwy. 551 and Sand Rd., so he expected excellent service but he has no cell service inside his house, and spotty, weak service while standing outside.

And Mr. Black said that when he asked about his poor cell service from the new cell tower, Bell said its systems were working normally, but their antennas were pointed North (i.e. away from his home). He said he was told, “I shouldn’t expect cell service. Bell said they will log my report as a “trending” priority. That means Bell will only investigate further if many other people also complain.”

Once all four of the towers are up and running, with the Rogers towers slated for October operation, they will co-locate, and the four towers will service both Bell and Rogers customers.

Mr. Brown said, “I’ve talked to Mr. Black on his concerns and have another call into him. It is helpful to receive all feedback we can get. I brought him up to date on the fine tuning and adjustments that are still being made to maximize our coverage, all the information that has to be inputted for either Bell or Rogers towers coverage takes awhile. And adjustments may also need to be made when everything is in place.”

“The work on all the towers is not done until a final drive through and signal strength are monitored,” said Mr. Brown. “Yes, all of this does take time,” he said, noting, “not all people in all locations will receive the same level of service, but the service coverage areas will be optimized as much as possible.”

“As is the case with Mr. Black and everyone else, we encourage everyone to ask questions and provide input,” continued Mr. Brown. “But Bell, for example, still has to complete all their testing. It takes time for everything to be properly aligned and to service an entire area.”

“I’ve discussed this (Mr. Black’s concerns) with the service providers,” said Mr. Brown. “Most areas especially those in on the highways and main community areas will receive optimal coverage. Depending on a specific location there might not be optimal coverage in every area, but Rogers and Bell intend to maximize the service coverage area as much as possible.”

Mr. Black acknowledged, “I understand there will be fine tuning done, pointing of the towers and setting power levels for optimal coverage area.” However, he noted, the Providence Bay cell tower has just three antennas, not the usual four that would provide 360 degree coverage. The segment antennas point at 60, 150 and 325 degrees around the tower.

“My home on the Lake Huron waterfront is in Bell’s callously planned cell dead zone,” said Mr. Black. “Inquiring to Rogers, the service tech informed me that the Prov Bay cell tower will provide 360 degree coverage for Rogers customers. Therefore it is only Bell Mobility that has made the self serving, questionable decision. Was Bell’s dead zone known to government funding agencies prior to funding approval? If not, why not? Did any of the funding agencies raise Bell’s planned deal cell zone as an issue that needed to be addressed to get funding? If not, why not? Should Bell get just 270-360 degree funding (i.e. 75 percent) funding for leaving 25 percent of the region stranded for cell coverage?”

“Who will be accountable when someone to the southwest of Prov’s cell tower is stranded without emergency cell phone service and lives are lost due to this questionable decision?” asked Mr. Black.

“I have tested the Bell service speed from the Prov Bay tower. It delivers LTE at an average daytime speed of 5.14 mbps download, 1.0 Mbps upload, and 37 Msec latency. According to DSL reports, this is one of the worst LTE performances in North America, well below the 25 to 40 mbps that LTE should deliver. Proof again that Prov. Bay  has been treated as a second class cellular citizen by Bell Mobility. I have been waiting 30 years for cell service, and I guess I’ll be waiting another 30 years,” added Mr. Black.