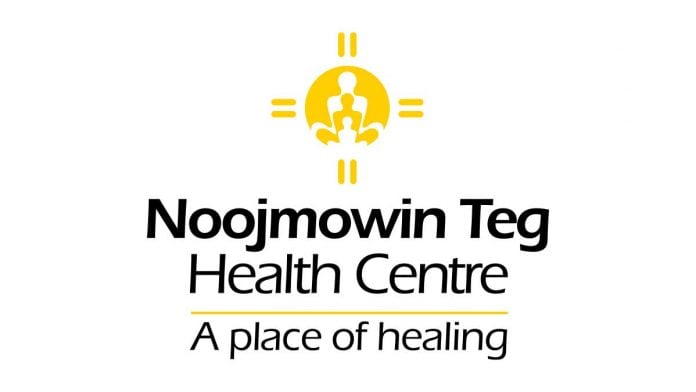 AUNDECK OMNI KANING—Two mental health and addiction mobile units remain under construction while supply chain issues continue to delay their delivery. With the exception of a nurse practitioner, however, the team is in place despite the delay. “Everything is still going full steam ahead,” said Noojmowin Teg Health Centre Executive Director Danielle Wilson.

Most importantly, she told The Expositor, “We have a full steering committee now. They will be helping guide and oversee the communities they represent.”

“We’ve seen the need for mental health and addictions services increase during the pandemic,” noted Ms. Wilson. “This is a good time for the services to commence and be available for our communities.”

Ms. Brandow has been a nurse for the past 13 years, the majority of that time in acute care/emergency nursing at Espanola Regional Hospital and Health Centre. The need for a more fulfilling role combined with a soft spot for those who with mental health issues led to a new career focus for Ms. Brandow, first in diabetes education and then in mental health. “I care,” she said. “I like being able to sit down with a client and having that one-on-one time.”

It’s not a matter of telling people how they should handle their situation or their anxiety or depression, she explained. “Sometimes they just want to be heard, or the validation of how they’re feeling, that it’s okay to feel that way. It’s okay not to be okay.”

About one year ago, Ms. Brandow, Ms. Wilson and consultant Kristin Kathirevalu of Birchwood Consulting partnered with the Indigenous Primary Health Care Council to conduct community engagement and process mapping as part of the proposal development for the project.

“We did mapping on the Island to see where all the services are that are being offered, where the gaps are, and what are the barriers to accessing services,” Ms. Brandow explained. That took about six months. “We met with pretty much every program and service that offered some sort of mental health or addiction help.”

As mental health and addictions navigator, Ms. Sandford will do the initial intake and service navigation, providing internal and external referrals. Ms. Sandford is used to navigating different systems and connecting people to services through the justice sector, as well as people in crisis due to mental health and addictions. She has a background in crisis work and used to coordinate the crisis response team for the Island. Before that, she worked in justice. “My background is actually in law and policing and corrections,” she said. “I used to develop bail release plans and do intakes, things like that.”

Carly Valiente is the mobile mental health and addictions social worker. Her role will be to provide short-term crisis support until clients are able to seek out long-term counselling services. A goal of the team is to fill the gap between when individuals request services and when they are actually seen, as wait times can be quite lengthy.

“I’ll be working collaboratively with the client and the other mobile team members to create a plan based on the individual’s needs and goals,” Ms. Valiente said. The interdisciplinary team approach was one of the “really great parts about the program that got my interest, that team aspect, working together all from different backgrounds for a common goal.”

Ms. Valiente developed her clinical skills working in a variety of settings and uses a holistic, client-centred and trauma-informed approach in her work.

Ms. Hanson-Still has an Bachelors of Honour degree in psychology and neuroscience and will help clients connect to healers at Noojmowin Teg for culture support and do peer outreach. “I will be helping within the communities and providing different education programs, connecting people back to more of a traditional approach versus western medicine,” she said.

She previously worked in the bio-pharmaceutical industry, where she did a lot of education and networking with allied healthcare teams, specifically respirologists and family doctors. She also did volunteer work and research while studying for her undergrad in Ottawa and was involved with many mental health initiatives including mental health awareness week, and addictions and substance use awareness week. “That’s kind of where my passion is,” said Ms. Hanson-Still. “My career background, my volunteerism and education have kind of led me to where I want to provide a direct impact on individuals.”

One concern that arose during service mapping was the lack of services offered on the west end of the Island, and the distance those residents must travel to obtain services. The initial plan is to focus more on those areas, as well as to use ideas presented in a focus group one evening by persons with lived experience.

Referrals can come from (but are not limited to) family health teams, the emergency department, or a client can self refer. The team will head to the communities with the most referrals or greater need. There will be two staff on each unit when they’re ready to go. “Again, it is referral dependent,” Ms. Brandow said. “If one community has more referrals for counselling and peer support, those two workers would be sent to that community. If on the same day, we have more nursing and nurse practitioner-related duties needed on the east end, there would then be a second team heading out in that direction.”

A psychiatrist is attached to the program as well, who will see clients every Monday afternoon. “That will probably be here, at Noojmowin Teg,” said Ms. Brandow. “Transportation can probably be provided, either by medical van or taxi service.”

The team will be attending Island events this summer, including pow wows, to share information about the program. They attended an open house in Sheguiandah First Nation and received positive feedback around having more accessible mental health and addictions support. They were also well received at UCCM Anishnaabe Police Service’s recent open house in M’Chigeeng, where they had the opportunity to speak with the approximately 300 people who attended.

“It’s nice just connecting to communities and any individuals,” said Ms. Hanson-Still. “We can find out what they’re looking for, what they feel the need is and what the gaps are.”

For more information on the program or the nurse practitioner position, reach out to Vanessa Brandow at 705-368-2182 or by email, vanessa.brandow@noojmowin-teg.ca.