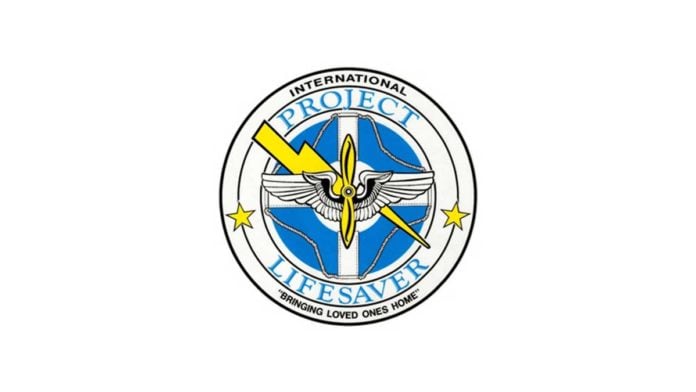 MANITOULIN – While members of the Manitoulin Community Police Advisory Committee (CPAC) strongly support efforts to have the Project Lifesaver program established on the Island, members say that establishing an administrator for the program, and funding, may be the biggest obstacles initiated on the Island.

“I’m here to talk about the Project Lifesaver program,” said Manitoulin OPP Provincial Constable Tessa Kasch at a CPAC meeting last week. “The program was founded in 1999 and provides for a radio frequency-based tracking system. It emits radio data 24 hours a day, so the signal is always on. The system is for people of all ages who are high risk for a vulnerable person who has a tendency to wander and who might be diagnosed with Alzheimer’s or other dementias, autism, down syndrome and other forms of cognitive delay.”

OPP Constable Kasch explained, “clients wear a personalized wristband that emits a unique tracking signal. The wristband is a one-ounce, battery-operated wrist transmitter emitting on FM radio frequency-based signal that will emit a signal every second, 24 hours a day. The signal can be tracked on the ground for approximately 2.5 kilometres or in the air by helicopter for approximately 8-10 kilometres.”

“Each wristband has a unique radio frequency, allowing officers to positively locate and identify the person who has wandered away from home using portable directional antennae to locate the signal,” continued Constable Kasch. She pointed out there are two different types of antennae; one is secured to the roof of responding OPP vehicles (less range but will allow for the transmitted signal to be received from any direction). Once the signal is detected, officers switch to the second one that allows them to make use of maximum range of the bracelets and has the advantage of being directional.”

Constable Kasch pointed out most people who wander are found a few kilometres from their home. Search times, when using Project Lifesaver, have been reduced from days to minutes. And recovery times for Project Lifesaver clients average 30 minutes, significantly less than through standard operations.

“Manitoulin OPP will be in charge of the search and the emergency response (ERT) and the canine unit, and helicopters are still deployed,” Constable Kasch told the meeting.

“This program would provide a lot of benefits if it was implemented on the Island,” said Constable Kasch. “With anyone that is part of the high-risk population it is important to find them as soon as possible. From a policing standpoint in the case of someone who has wandered off, the Lifesaver would be an additional tool we would use to try and search for someone who is lost.”

An administrator for the program would oversee signing up clients and taking care of making sure the batteries in the radio frequency tracking system were changed on a regular basis, said Constable Kasch. “The OPP would house the equipment and the approximate cost of the program-system is between $14,000-$16,000. Each bracelet is approximately $600. Battery changes would need to take place every two months and cost approximately $10-20 each.”

“What we need is an administrator for the program,” said Constable Kasch, who noted that with the large geographic area of Manitoulin, it would be ideal to have administrators in the east and west ends of the Island. She has reached out to the Manitoulin North Shore Victims Services group (among others) based out of Little Current to see if they would be willing to take on administrative duties. Along with the need for an administrator for the program, “our other hurdle is the cost of the equipment, one reason being that this is an American program. It would be a one-time  cost to outfit the (OPP) detachment.”

Constable Kasch noted, “no one would be turned away for the program if they can’t afford the cost of a bracelet and  we would endeavour to find funding resources. The program is definitely important and we are trying to get funding so we can get it up and running on Manitoulin Island.”

In talking to the North Shore Search and Rescue group, the program has been developed in Elliot Lake, Thessalon, Sault Ste. Marie, and Sudbury, the meeting was told. “It is vital to have this type of program here on the Island as well,” said Constable Kasch.

Manitoulin OPP Inspector Detachment Commander Megan Moriarity told the meeting, “this equipment would be super, and this would be a very valuable program to have on the Island. Clients who go missing would be walking with these bracelets on, but we would be able to track their location.” She pointed out, “in other areas services clubs like the Rotary, Lions Clubs or Royal Canadian Legion have in many cases taken the lead on the program with the support of municipalities.”

“It is a very successful program and in areas where there is a high senior population, more calls of people who have wandered off can increase,” said Inspector Moriarity.

“It is a phenomenal program,” stated Al Boyd, CPAC chair. “If someone wanders off, it is important to find them as soon as possible.” He is vice-chair of Manitoulin North Shore Victims Services and said, “I’m sure this proposal will be brought up at our next meeting. We run a similar program, Women in Crisis.”

Ms. Kasch was requested to send her presentation to the Island municipalities for their consideration in supporting the program financially.

“This is a great idea,” said Mr. Boyd. “Even if the program was partially covered by municipalities around the Island, it would be great. I agree that your presentation and letter should be forwarded to the municipalities.”

In Elliot Lake, the Alzheimer’s society administers the program, the meeting was told.

“The biggest hurdle is fundraising, and having an administrator of the program,” said Mr. Boyd. “Our VCARS group will look at it and possibly service clubs would donate funds toward the program. And municipalities might consider provided support as well. As Inspector Moriarity has said we have a high senior population on the Island, and as this population increases, a program like this becomes more important,” said Mr. Boyd.  He explained, “What happens with Alzheimer patients is that if they wander off, they will travel in a straight line, and then hunker down somewhere and will remain very quiet. Officers can be close to them on a search and calling out to them, but they will not respond.”

“I echo a lot of what we have heard tonight. I don’t think it will be a big issue in terms of the costs of $14,000-$16,000 that has to be raised. In the case of municipalities, making a contribution in this program could be looked at being more of an investment towards reduced police costs. What I see is finding an administrator for the program as the big stumbling block,” said Steve Shaffer. He suggested that the Victorian Order of Nurses (VON) does home care work and could be contacted, along with possibly local nursing homes, although it might fall outside of their mandate, I’m not sure.”

Constable Kasch agreed that the biggest hurdle will be finding an administrator for the program. She is preparing something to be sent to VCARS in February and will be in contact with other organizations as well.

Mr. Boyd said the VCARS group will have a look at all of this at its next meeting. “I think establishing this program (on the Island) is doable.”