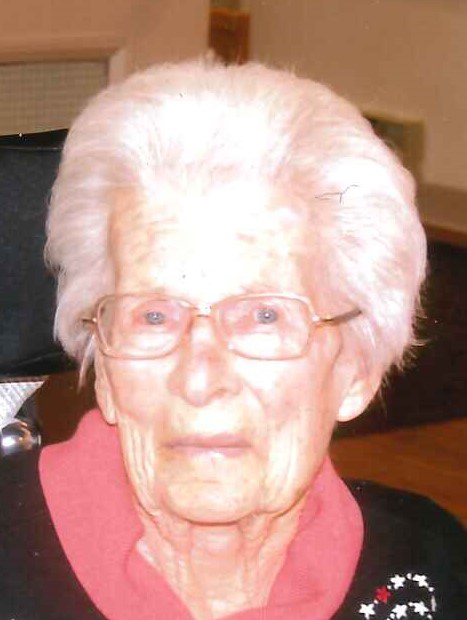 Thelma Pauline Smith, of Gore Bay, passed away peacefully at Manitoulin Lodge on Tuesday, January 24, 2017 at the age of 100. Born to Walter and Mary (nee Hopkin) Wagg on December 22, 1916 in Providence Bay, Ontario. Pauline is survived by her daughter Sharon (Jim) Sloss, granddaughter Christy (Duane) Deschamps, grandson Bill (Jennifer) Sloss, great-grandchildren Emily and James Sloss, niece Ann Claridge, nephew Ken Fogg and other nieces and nephews. Predeceased by her husband Frederick Smith, two infant children Andrew and Bonnie, parents, her niece Lynn Doucette, brothers Harold (Clara) Wagg, Maurice (Laura) Wagg, Wellington (Hazel) Wagg, Frank (Joan) Wagg and sisters Myrtle (Ches) Morden and Mary Fogg. Pauline was an accomplished athlete and enjoyed curling, swimming, tennis and golf. She was still winning tournaments in Florida well into her 80s. She graduated from Toronto East General Hospital in 1938 as a Registered Nurse and served the community of Gore Bay as well as a volunteer nurse for many years. Pauline spent two years working as a stewardess on Trans Canada Airlines (now Air Canada) when you had to be a nurse to be a stewardess. She was president of the local Red Cross Society and the Gore Bay Ladies Curling Club. She worked part-time along side of her husband at the family business, Smith Bros. Store for many years. After their retirement, they enjoyed many winters in Florida. A memorial service will be held at the Lyon’s Memorial United Church in the summer. Donations may be made to the Lyon’s Memorial United Church or the Manitoulin Lodge Auxiliary as expressions of sympathy and may be made through www.simpsonfuneralhome.ca.