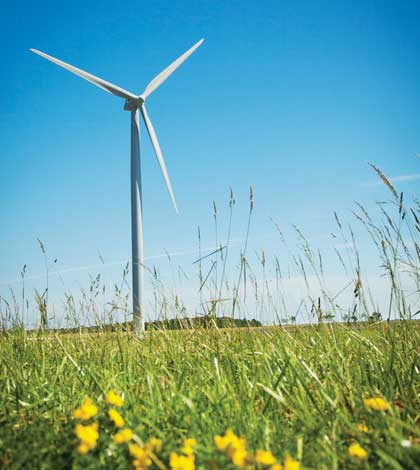 All this hoopla extolling the virtues of wind power and green energy never cease to amaze me in that my good neighbourly Treaty Peoples believe that this is the way ahead, beyond carbon energy, because the wind is clean and safe!

What if I shared with you that there are places in the world, which have had to deal with the fallout of wind energy? Now when I say fallout, I suspect that nuclear fallout comes to mind and I share that this wind energy fallout is just as severe and devastating.

What the shiny brochures and well orated prose of the public relations troubadour do not tell you is all that missing information hiding in the shadows of the fine print. In past ventures, energy companies were required to undergo scientific investigation, prior to plying into/onto the land. Cost-benefits/needs analysis then took place with a follow-on public consultation, considering all avenues and all peoples.

When I say public consultation, it did not occur in one locale where a majority could be amassed and back-and-forth communication could occur, no, I mean public consultation, where all peoples were consulted. Big cities, little towns, villages, rural roads, cart tracks, Indian Reserves, fishing shanty-villages, logging camps, mine camps, you name it, consultation occurred! And then a vote would be brought forth, a referendum if you will.

What Treaty Peoples don’t fully comprehend is that Bill C-45, passed in the days before the 2012 Christmas holidays, did away with scientific investigation, analysis and public consultation, not to mention protection of over a million green spaces. This is now left to the will of the provincial and municipal governments who will supposedly support well-thought-out scientific investigation, analysis and public consultation (beyond the local legion or city hall).

What is the science of wind turbines? What do we know? We know that the wind turbine is designed to produce a maximum of power at a wide range of wind speeds. More wind equals more power generated and it’s only as loud as the wind, correct? Did you know that windmills also create “infrasound?” This is sound that occurs at a frequency below that, which is detectable by “human” hearing. Sure there are many government funded engineering firms who will inform us that infrasound generated by wind turbines should not be considered a concern to the health of nearby residences. Science has been investigated?

Why do we know about infrasound? Does the United States government use infrasound on the battlefield and in policing actions around the world to disrupt the will of the perceived enemy? Yes it does, it’s a tool used by psychological operations (psy ops) to incapacitate the enemy, basically sapping them of their will to fight. Infrasound amplified causes headaches, nausea, vomiting and if amplified over time may rupture internal organs.

Infrasound also occurs naturally, through earthquakes, thunderstorms and erupting volcanoes. Make no mistake, infrasound disrupts our daily lives in technological objects such as fans and air conditioners too. Anyone with a computer can run a search on Google or Bing and find information on infrasound-induced illnesses in humans and animals. Dr. Alec Salt, an ear-nose-throat researcher at Washington University in St. Louis Missouri shares that personal sensitivity can be biological or physical and that infrasound at a distance of about a mile is enough to be harmful.

Recently, in central Maine, a 62-turbine wind farm has been put on hold because of concerns about bats being threatened by wind speeds. Birds and bats are more mobile at lower wind speeds, but if they find themselves outside at higher wind speeds they are more likely to hit turbines. Two local bat species in Maine are being evaluated for listing under the Endangered Species Act.

Medical facilities have been created in both the United States and Australia to deal with the recent onslaught of wind turbine farm illnesses. One could argue that governments allow these installations to occur, in order to drive people out of those rural areas so that oil and gas industries can step in to conduct their business without disruption or interruption. What is the need, the benefit and the cost, both human and financial? Without addressing these things, consultation cannot and should not occur.