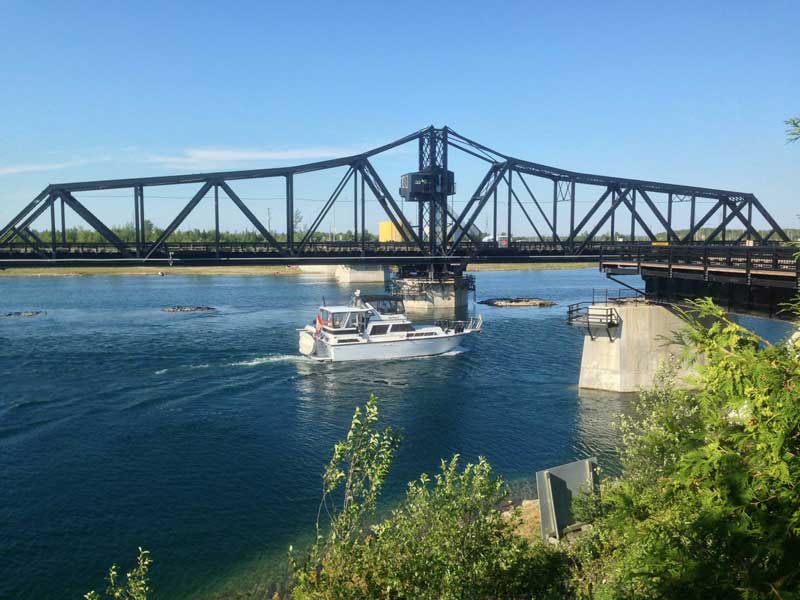 LITTLE CURRENT—For several years, Ron Lewis of Little Current has kept an unofficial tally of boat traffic passing beneath the Little Current Swing Bridge and this season has brought some good news to the pages of his log book.

“The traffic is definitely up,” said Mr. Lewis when queried this past weekend about his log book. “There were 100 more boats this year, up to now, then there were in all of last year.”

Although his analysis is still somewhat anecdotal, and he while hasn’t had time to go over the data in detail, Mr. Lewis said that there does seem to be a distinct trend in the types and size of vessels travelling through the bridge.

“You aren’t seeing the smaller power boats,” he said. The increase has been exclusively in the larger power boats and sailboats, despite the let-up in fuel prices and the strong US dollar versus the Canadian loonie. “It seems to be lagging behind a bit. I don’t know we will ever see it going back to where it used to be.”

Despite the lack of smaller power boaters, however, Mr. Lewis’s statistics do bear out the gut feelings privately expressed by many Island retailers. Although the tills have been ringing steadily this summer, particularly in the later summer months, the types of sales and timing of the peaks have been different than what has been experienced in previous seasons.

With the fall shoulder season ongoing, the final verdict on the season is still out, but the preliminary signs do seem to be positive.