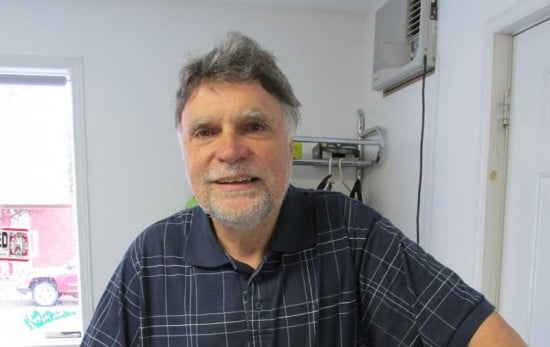 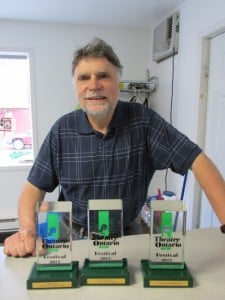 GORE BAY—At the annual Theatre Ontario Festival held this year in Kingston, which features the best in community theatre from across the province (all winners from their regional festivals), Espanola Little Theatre won the Best Production Award. They hold the distinction of being the smallest community to have won the provincial drama festival. And the artistic director of Gore Bay Theatre, Walter Maskel, who was engaged by the Espanola Little Theatre to direct their festival show, received three provincial awards—the most awards received by an individual in one festival in the history of Theatre Ontario.

Mr. Maskel won the best director award, the best technical achievement award for his lighting design, and the best visual presentation award for his set design.

The Espanola group also received awards for ‘best coordinated production’ as well as ‘best moment of theatre’ in the music festival. Their production of ‘Looking’ by Norm Foster received more awards than any other group and their win marked the first time in 20 years that a comedy has won at the provincial level.

Mr. Maskel also holds the distinction of having won the most awards at the provincial competition, 17 in total, for directing and design. “It was a terrific experience for the company and extremely rewarding to have won over groups from major cities of the province. Some of the regions like central Ontario had over 40 groups competing to get in the provincial festival and many of the companies work with professionals on a regular basis,” he said.

“Even at Quonta (the Northern Ontario Drama Festival) Espanola competed against a group from Sudbury who had a professional director, set designer, lighting designer and costume designer,” explained Mr. Maskel. “The groups at the Theatre Ontario Festival brought huge sets in 26 foot vans. The entire Espanola set, a few mobiles and benches fit into a pick-up truck but still won the best visual presentation award at the regional and provincial festivals.”

Mr. Maskel noted, “I was very pleased to have done so well personally, and for the group that the production was recognized as being the outstanding production in the province. It is always gratifying when a small group with limited financial and human resources can compete against groups from the larger centres and do well.”

Espanola Little Theatre has been asked by theatre companies across the province to take their successful production on the road and they are considering a late summer tour.