KAGAWONG – After a meeting was held with representatives of Oakville Energy last week on concerns raised by members of the Lake Kagawong Resources Committee (LKRC) and local residents about low water levels on the river earlier this year, committee members have a better understanding why measures were taken by the company that led to the low levels.

Billings Township Councillor Bryan Barker, who is chair of the LKRC, told the Recorder after a committee last week, “Bill Touzel of Oakville Energy (OE) was there and answered questions from the committee.”

“What I had done after our last meeting was to make arrangements for Mr. Touzel to be at our meeting and I asked the committee members to forward questions that we could ask him,” said Mr. Barker. “At our last meeting a big concern that was raised had to do with recent lower water levels.”

“At our meeting Bill explained the rule curve and provided information on the math involved and the explained the legislative side of what the company has to do in terms of controlling water levels and what their responsibilities are,” continued Mr. Barker. “He outlined the legal requirements that they (OE) have to stay within in terms of water levels and the rule curve.”

Mr. Barker explained, “ultimately OE is responsible, for instance, in taking action to help try and prevent things like flooding and the way he explained it made a lot of sense. It was a really productive meeting.” As to the concerns raised recently by the committee and local residents on low water levels, “although it appeared the levels were low, the company had taken measures to mitigate any possible flooding risk on the lake. We didn’t have the same amount of snowfall this past winter as we have had in the past and as a result the snow we did have melted very quickly. With predicted significant rainfalls there was concern that there may have been flooding.”

“In hindsight it took the water levels longer to come up again, but right now they are at the upper gauge limits on the river,” said Mr. Barker. “It was a combination of an unusual winter and lack of snow that melted quickly and Bill explained they had prepared for this and they expected major rains this spring. In order to be prepared, action was taken to drop the levels earlier this spring, but they are now up to where they should be at this time of year.”

“Because of the history of the lake levels and how they have been managed in the past, people naturally have had concerns,” continued Mr. Barker. “In the past the township and the community have not had the co-operation with companies running the power station that we have now with Oakville Energy.”

He pointed out in the past the dam would be opened by a certain date of the year and closed at a certain date of the year, “with not as much consideration given to the water levels at any given time or the people that rely on the water. The meeting (last week) was productive in getting an explanation on OE’s decision-making process. We have the co-operation of Oakville Energy to work with the township to maintain the water levels the best we can. There shouldn’t be extremely low levels this summer, outside of what Mother Nature has in store for us.”
Mr. Barker added, “our plans are to have a public meeting, hopefully this summer, an open house at the Park Centre, to look at the terms of reference and to help educate everyone on the lake levels, their requirements, our work with Oakville Energy and making sure they are accountable. But time will tell if we can have this meeting.” 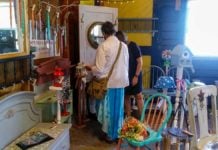 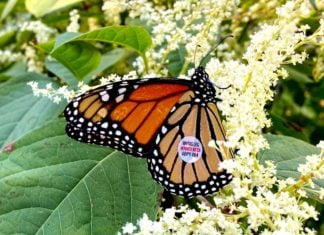 Lori Thompson, Local Journalism Initiative Reporter - July 21, 2021
MANITOULIN - Manitoulin’s third annual monarch butterfly count is expected to go ahead but it will be later and on a smaller scale, said...

Lori Thompson, Local Journalism Initiative Reporter - July 21, 2021
MANITOULIN - Manitoulin’s third annual monarch butterfly count is expected to go ahead but it will be later and on a smaller scale, said...