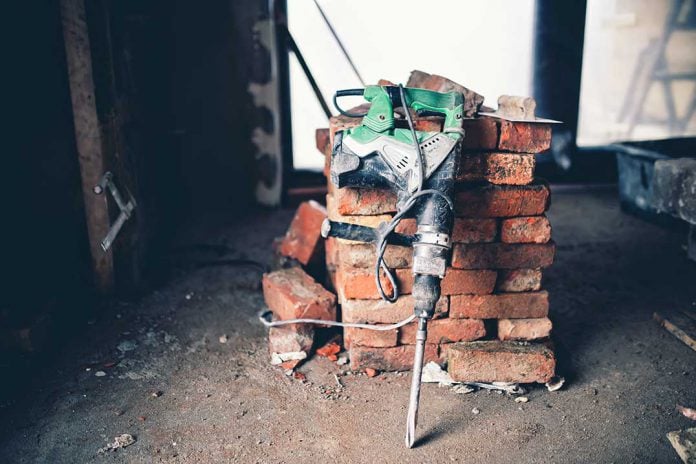 MANITOWANING – The former Manitowaning Lodge complex is destined to be the focus of a new History Channel show as some of its unrepairable or undesirable buildings are demolished to make way for future plans for the property.

“When we bought the property, we didn’t buy it for the structures. We bought it for the land. It’s been three years since we’ve owned it. The first stage is to go and start demolishing the buildings we don’t want,” said Rodney Deforge, owner of the property since late 2015.

The buildings that are coming down as part of this phase of his project have deteriorated quite a bit since their prime as components of the former Manitowaning Lodge facility.

“We were going to take them down anyway. They’re in disrepair,” said Mr. Deforge, noting that the main lodge will be torn down and rebuilt. “The cost to repair the buildings was too high and we wanted to have fully winterized structures now.”

An interesting opportunity arose when producers from the show ‘Salvage Kings,’ a new History Channel offering produced by Toronto-based Media Headquarters, contacted Mr. Deforge and expressed their interest in facilitating the demolition for an episode.

“I showed them the lodge and it has an especially good historical value; it would make a good show. They’ve actually had a crew on the Island for a while now doing all the historical end of it,” he said.

‘Salvage Kings’ is focused on the demolition and salvaging of historical properties within Ontario. It focuses on Priestly Demolition Inc. and follows crew members to job sites where they conduct their operations.

An aspect of its business model is asset recovery and salvage, which is intended to “reduce future construction costs and protect the environment.” Mr. Deforge emphasized this as a key outcome of the plan.

Mr. Deforge and his family will be featured in the show, both for the demolition of the lodge and for the tear-down of a barn on the family farm.

There are some spin-off benefits to local businesses, too.

“They have a crew of 40-some coming. They’re staying on the Island and eating here which is going to be a boost for the local economy,” he said. “Plus, it’s going to save me a lot. I estimated that I’d save about $175,000 by being a part of the show.”

Some Island residents have mourned the loss of the historical value of the property, including in a letter in last week’s newspaper from Lee Weimer. However, Mr. Deforge said the buildings scheduled to be demolished were too far gone to be rehabilitated. 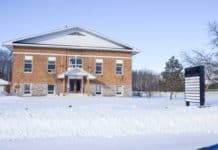 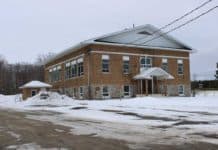