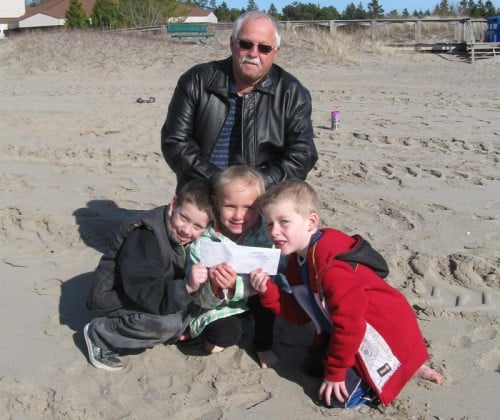 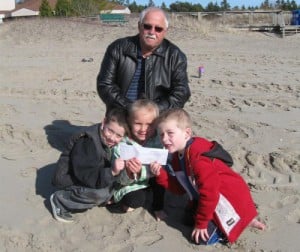 PROVIDENCE BAY—The Providence Bay/Spring Bay Lions Providence Bay beach playground fundraising campaign has certainly had support from the Island community in achieving its fundraising goals of $100,000 (with a total of $113,000 having been raised).

But, while many large grants have been obtained by the Lions Club and municipality for the project, maybe the most symbolic of the support the new beach playground project has received was shown in a donation made by three youngsters last week.

“This means as much to me and the club as a big grant made by a business or organization,” stated Mr. Mitchell. “Because these young kids put a lot of effort and time in to raise these funds.”

Lavitz Young told the Recorder, “we have been collecting beer bottles, cans and whiskey bottles all from the side of roads and ditches in the area (and returned them for deposit).”

“We did this to get the playground built quicker, and be bigger, and to add more (playground equipment),” added Hayden Young.

Matt Young said, “One of the nice things about all of this is that it was the kids’ idea. And every night or every second night for awhile they have been out gathering the old discarded bottles from the ditches in the area.” 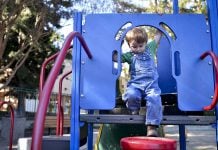 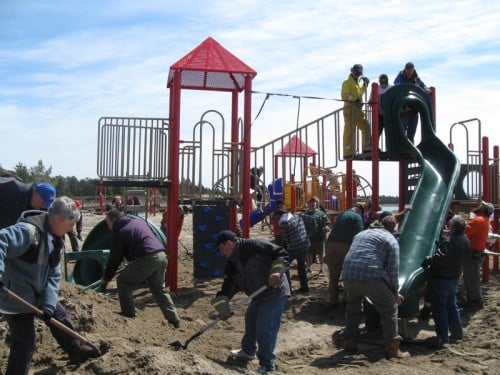 Over 200 volunteers turn out to help complete beach playground