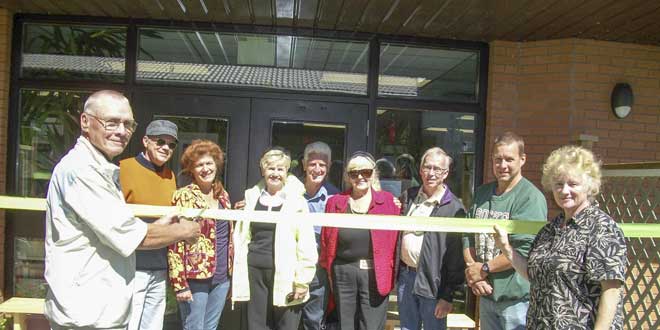 MANITOWANING—By late fall, in its 75th year, the Assiginack Public Library will be moving from its current location at the municipal office to the former Wally Harasym Accounting and Insurance building at the corner of Queen and Arthur Streets.

The municipality has purchased the building with Assiginack to take ownership in mid-March, clerk-treasurer Alton Hobbs explained.

This move marks the first time the library has not been paired with the municipality in its soon-to-be 75 years, librarian Debbie Robinson explained. “Not that we mind sharing, and there’s a lot of things we’re going to miss,” she said, explaining that the library enjoyed the use of the municipal office photocopier and other services. “We might have to make a ‘back in five minutes sign,’” she joked.

However, Ms. Robinson added, “it’s going to give us some more space and we’ll have the best view in town. We’re hoping to make that view available to our patrons.”

“Between the two historic building, Burns Wharf and the Roller Mills, the Norisle and the beach, we’re looking down on where the whole community began,” she said.

While excited, the librarian said she realizes there is a lot of work ahead.

There had been talk of expanding the library at its current location for some time, but when council made the suggestion to purchase the Harasym building instead, the board agreed.

“The board’s pretty excited about it, but we still have to do some fundraising,” she added.

Ms. Robinson said she is looking forward to having designated storage space in the building’s basement as “We do have 1,200 Easter eggs!” she laughed. The added basement space could also mean a place for archived titles, Ms. Robinson shared.

Some “weeding” of the titles will be done, largely in the non-fiction department, Ms. Robinson said. The move will also mean the end of the library’s videotape collection, as they simply take up too much room, and have been phased out in favour of DVDs.

The library has been at its current location for the past 31 years. “It’s been good to be a part of the ‘brick block’,” she laughed.

The Assiginack Public Library will mark its 75th anniversary this spring. 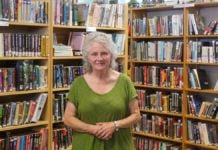