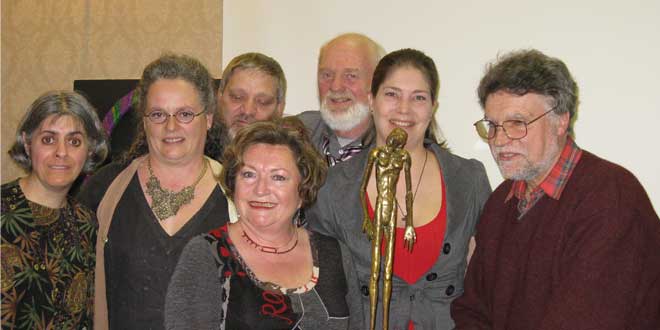 GORE BAY—Gore Bay Theatre will be representing Gore Bay and the Island again at the annual Northern Ontario Drama Festival (QUONTA) this March. QUONTA will be held in Sault Ste. Marie and features top theatre groups from across Northern Ontario.

The group has been very successful at the festival in the past and has been chosen the best production three of four times it has entered (and placed second the other time). They will be competing against groups from major cities in Northern Ontario.

Gore Bay Theatre will be presenting an award-winning adaptation of one of the great works of world literature, ‘Crime and Punishment’ by Dostoyevsky on Saturday, March 8 at 7:30 pm and Sunday, March 9 at 2 pm at the Gore Bay community hall. All tickets will be sold at the door by general admission.

‘Crime and Punishment’ has received glowing reviews wherever it has been performed. The Chicago Sun Times called it “stunning, lean, taunt and emotionally searing.” The Providence Journal said it “was powerful, challenging theatre, thrilling, a brilliant achievement, don’t miss it,” and the New York Times said it was “engrossing theatre, remarkably absorbing.”

The play has been called a literary and philosophical ‘whodunit;’ a psychological murder mystery that delves deeply into the mind of a man in the aftermath of a double murder. We wonder if the main character committed the crime and it takes the skill of a very savvy detective who is reminiscent of Columbo to solve the crime. It takes the audience on a heart-racing journey and leaves the audience with questions about morality, justice, sacrifice and redemption.

Co-directors Andrea Emmerton and Walter Maskel are extremely excited about the production. Ms. Emmerton said, “We wanted to do something that was very intense, powerful and challenging that would provide our audience with a theatrical experience that was completely different than anything they had seen before.”

“You do not get to experience the kind of dramatic performances that this show features very often,” said Ms. Emmerton. “We are fortunate to have three extraordinary actors in Chris Cayen, Jessica Lajoie and Vincente Belenson. I am certain that audiences will be extremely impressed by their powerful and professional work. We are also looking forward to present this incredible drama in the Sault and represent our community and the Island.”

Mr. Maskel added, “it really is a privilege and an honour to present one of the great works of world literature and to have the opportunity to present this remarkable play at festival. There is already a buzz about how such a small community is able to have the cast who can perform such a challenging script.”

The production will be performed in the Sault on Thursday, March 13 at the Civic Centre as part of the weeklong festival.

There are very few community groups in the province who are as active in giving their audiences the opportunity to experience the magic of live theatre. ‘Crime and Punishment’ sounds like an unforgettable theatrical experience as well. Don’t miss it. 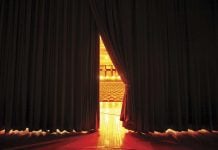 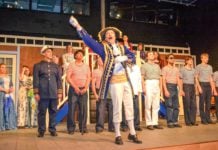 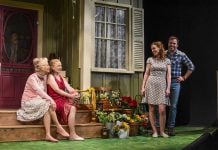 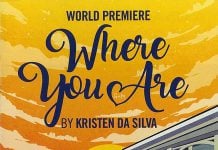