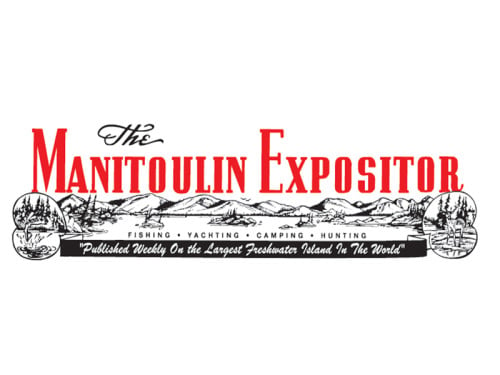 At The Expositor, 2011 has been (another) year of change. 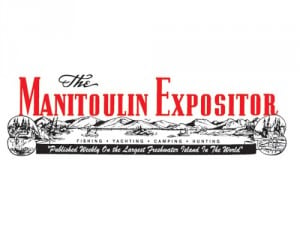 We say “another” because last year was much the same when the long-time and much valued production team of Al Ryan and Susan Hart left our office after a decade to pursue other Island careers.

They left big shoes to fill but along came Dave Patterson to take the production manager’s position and Erin Gordon as the assistant manager in the same department.

The transition, we like to think, was pretty seamless.

Similarly, this year there has been a complete turnover in the editorial department. This spring, we said goodbye to long-time staffers Jim Moodie, editor of the paper for seven years (but associated with the paper for almost two decades) and to Lindsay Kelly, associate editor and a staff member for almost 10 years.

Each left in the spring to pursue other editorial career opportunities.

Once again, big shoes to fill but the community feedback we’re getting once again has let us know that this transition too has been seamless.

Alicia McCutcheon, who has been a staff member at The Expositor for five years, stepped up to take on the editor’s role, at least temporarily.

After interviewing some prospective people for the editor’s position, we realized that we didn’t have to look that far afield and Ms. McCutcheon agreed to sign on as editor on a permanent basis and immediately set out to fill the reporters’ positions.

That brought Robin Burridge to the paper in the late spring and Stacey Lavallie to the newsroom this fall.

And while we hated to lose all of the expertise, wisdom and camaraderie these people represented, it also meant that the paper had the opportunity to bring in people who would —and have— brought quite different perspectives to their various roles in the office. So we evolve, as do our friends who have left to do other things.

Al Ryan, for example, has re-embraced his first passion: music, and is busy both teaching and performing. Susan Hart took on the librarian’s position at the Billings Library in Kagawong. Lindsay Kelly is a staff writer for the Northern Ontario Business magazine and so her beat is now all of Northern Ontario. Jim Moodie is a deskman at the Sudbury Star where he is involved with the layout and design of all four of Northeastern Ontario’s daily newspapers.

And while we were sorry to see old friends and colleagues leave, we’re also very pleased with the ideas and suggestions that have come with those who have come after them, much of which close readers of this paper and followers of our website will realize have already been implemented.

But that is life, isn’t it; for life is all about change.

And change, of course, is the mainstay of a newspaper’s editorial content where we endeavor to present readers with news of what is/may be/will soon be different in their particular community or on Manitoulin as a whole. That’s the “new” in news and newspapers.

While we’re recording the major changes that people are already seeing or may soon see around them, this hopefully gives Manitoulin people some of the information they need in order to organize their own appropriate responses to these changes. But there are also many traditional aspects of this paper that do not change, at least not in their forms.

The most visible of these would be our rural correspondents who we are pleased to acknowledge and thank for another year’s work well done. In Tehkummah, thanks to Pat Hall (who was also named her township’s 2011 Senior Citizen of the Year in part because of her faithful column, Tehk Talk). In Providence Bay, thanks to Gloria Sandercott who came to the rural writer’s job in her community relatively recently but recognized it was an important aspect of community life. In Spring Bay RR, it’s the venerable Erma McAllister, the longest-serving of the paper’s rural scribes (and also a winner a few years ago of her township’s —Central Manitoulin’s— Senior of the Year designation). Marilyn Sparham regularly files her News and Views from the Slash and in Little Current, Irene Cadieux passes on her observations via Little Current News and Nonsense.

A school is certainly a community and we would like to acknowledge the authors of the weekly MSS Kids in the Hall feature. New this year (doing first-rate work) are Alexa Tipper and Laura Hovingh. A colleague of theirs at MSS, Emily Bond, has taken on the job of highlighting a MSS Mustang each week in the Player Profile column. At Wasse Abin High School, Emily Lewis keeps us up-to-date on school happenings with Writings on the Wall.

This is a job that Andre Leblanc could easily have filled when he was an MSS student. Nowadays, he’s a teacher at Mindemoya Public School, a keen athlete and the author of Ice Chips and Canoe Quips in which, in bold face type, readers can locate virtually every Manitoulin athlete and sports organization that is on the move in a particular week. Thank you, Andre.

Since we all need to eat, we might as well make the exercise as agreeable as possible. In her weekly recipe column, Rose’s Recipes, veteran restauranteur Rose Diebolt shares healthy and timely recipes with which she has had personal experience either at home or at Garden’s Gate Restaurant. Thank you, Rose. (This writer’s family made use of two of your recipes at one meal on the day of this writing, in fact.)

Guess what? There are new farmers “discovering” Manitoulin and moving here to take advantage of the relatively low cost of farmland, the quality lifestyle here and the infrastructure and institutions. These new Manitoulin farm families (more change) are being profiled in an ongoing Expositor series titled Buying the Farm and authored by editor Alicia McCutcheon. The one person all of the people planning on or considering a farm on Manitoulin eventually talk to is Brian Bell, the Manitoulin Island (and area) ag rep (short for “Agricultural Representative,” the helpful person the Ministry of Agriculture, Farming and Rural Affairs bases on Manitoulin Island) and who also pens a useful weekly column, Farm Facts and Furrows, that keeps the agricultural community as up to date as possible with current trends, best practices and government initiatives.

At the end of every month, we look forward to seeing who Petra Wall has been hanging out with. It’s always a Manitoulin elder and it’s clear from her Now and Then profiles that she has spent a great deal of time getting to know them for her interviews. It has been a wonderful project of nearly a decade’s duration and is a well-read feature.

In Mindemoya, they have book mice, at least in the library where Claire Cline presides (as she also does at the Providence Bay branch of the library). Ms. Cline and her book mice send a monthly column of suggested reading from her libraries which we are pleased to publish. That is exactly (but without the book mice) what Manitowaning librarian Debbie Robinson does in her Manitowaning Library feature and what the previously mentioned Susan Hart does on behalf of the Billings Library. There is surprisingly little overlap among these monthly features but a lot of information for people who want to make certain they’re getting the most out of their precious reading time (and the nice thing about book reviews is that they’re applicable to any library).

Virtually all of those fine nature photos? They are courtesy of John Savage, first-rate photographer and community volunteer. Mr. and Mrs. Savage are one of those couples who, after retirement, decided to permanently relocate from the city to the Island. We’re glad they did.

And we also have stringers, living in various Manitoulin communities, who can (and do) file stories about goings-on in the places where they live that are just a little more special because they’re writing from a unique perspective. They are: Betty Bardswich in Mindemoya, Heather Pennie in Manitowaning, Michael Erskine in Little Current, Peggy Smith in Providence Bay, Sharon Jackson in Kagawong and Nancy McDermid in Sandfield. Bonnie Kogos gave us a hand with some feature writing during the summer and it was much appreciated.

The paper, and our sister publication The Manitoulin West Recorder, receive much important information from the community service officers of our three local police departments: Constable Al Boyd for the Ontario Provincial Police and his counterparts at the UCCM Anishnaabe Police Service and the Wikwemikong Tribal Police Service. It is much appreciated by everyone who reads the papers, we’re told.

To everyone who helps put out this chronicle of change every week, and to everyone who does us the honour of bringing the paper into your homes every week and/or visiting the paper at www.manitoulin.ca and using The Expositor as it is meant to be used, thank you for your help and support and our very best wishes to you all and your families for a contented Christmas and a newsy new year!

And from the Gore Bay office: 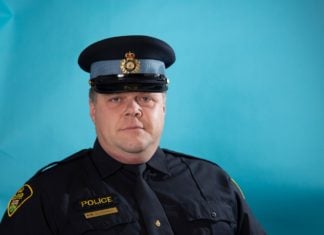 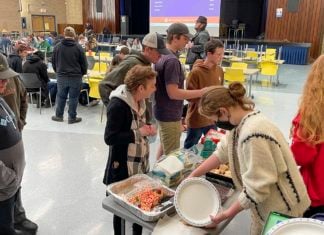