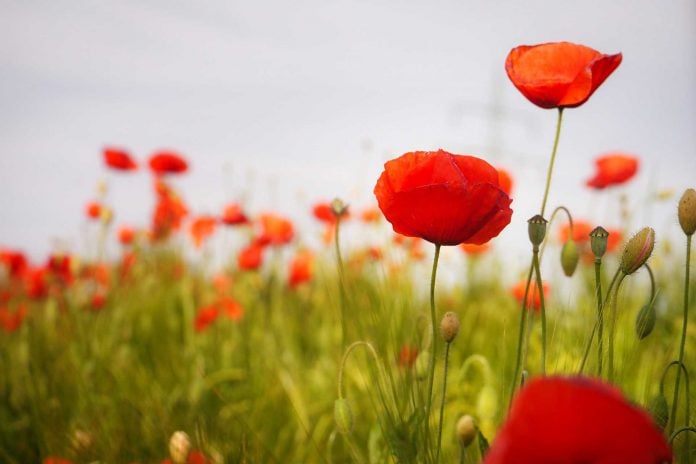 AUNDECK OMNI KANING—The veterans of Aundeck Omni Kaning (AOK) will be honoured during a September 29 ceremony that will see the Sergeant Charles Golden Silver Star Rifle Team firing a salute over the graves of veterans buried in the Anglican Cemetery in Little Current and the dedication of medals and a new veterans’ memorial wall at the community’s Four Directions Complex.

“We have a wall at the band office already, and it will stay here at least for now, but we wanted something that will be more visible to the kids in the community,” said Ogimaa Patsy Corbiere. “The complex is really a focus point for the young people in our community and it just seems to make sense to have something honouring our veterans there.”

The project has been spearheaded by AOK Ontario Works administrator Audrey Stone, who has been working on the project for several months.

“I don’t exactly know how that happened,” laughed Ms. Stone, “but we pretty much have the wall completed and almost all of it was made by local community members.”

As part of the project, the founder of the Sergeant Charles Golden Silver Star Rifle Team, Wayne Golden of Massey, has been working on securing the 20-odd sets of medals that were awarded to the veterans.

“He just dropped off the medals to me,” said Ms. Stone on Monday afternoon. “We will be having a 21-gun salute over the graves of the eight veterans who are buried here in Aundeck Omni Kaning and then going to the cemetery in Little Current where my dad and my uncle are buried. My dad was a WWII vet.”

The ceremony will begin at 10 am, Saturday 29 at the Four Directions Complex in Aundeck Omni Kaning where the veterans’ relatives and their guests will be greeted by Ogimaa Corbiere and then the rifle team will be adopted by the community to honour AOK’s veterans.

“We are accepting the rifle team as part of our community,” said Ms. Stone. “We also have a drum group coming in from Sheguiandah.”

The day’s events will conclude with a catered lunch to be served at the Four Directions Complex.