MANITOULIN – From July 29 to August 2, Nature Conservancy of Canada (NCC) is encouraging people to become a citizen scientist by observing nature in their own backyard or neighbourhood. The Big Backyard BioBlitz is “like a treasure hunt for nature,” said Esme Batten, NCC’s program director for midwestern Ontario, including Manitoulin Island. “You never know what you’ll find.”

Last year, 450 observers across Canada recorded almost 3,500 different species during the blitz. The 20,000 species observations made in 2020 included a number of plants from Island participants. “That’s incredible,” said Megan Bonenfant, a Manitoulin based conservation biologist with NCC. “The goal this year is to try and top that.”

It’s easy to participate in the Canada-wide project. The participant package that is emailed includes instructions as well as activity sheets for kids, fact sheets and resources to learn more about species identification. Participants will need to download the app iNaturalist and set up an account. During the blitz, people are asked to look in their backyard or neighbourhood and submit observations to the 2021 BioBlitz project on the app.

“iNaturalist is a pretty engaging and a little bit addictive form of social media for nature lovers,” said Ms. Bonenfant. “It’s a lot of fun to use. Just take a photo of any species you see out there and have other naturalists from around the world help you identify it. It’s a really great community building thing.”

Every contribution matters. The observations of community or citizen scientists helps researchers from across Ontario, Canada and the world by providing more eyes on the ground to help track species, Ms. Bonenfant said, using the spread of invasive species like phragmites or the emerald ash borer as examples. “The more people out there looking for these things and posting their observations, the more complete picture researchers have of the extent of these issues, which can help us develop plans for tackling them.”

For a long time, NCC worked with local naturalist clubs that understood what they were doing but the blitz is about supporting nature in a more accessible way, said Ms. Batten. Community scientists contribute to our overall body of knowledge. Citizen scientists can also help to expand the known range or confirm the range of rare and at-risk species through their observations.

“It might not give us population numbers but if we consistently have observations of a specific species at a specific time in an area and then we no longer have those observations that could be a clue as to what’s happening with that species,” Ms. Bonenfant explained.

The BioBlitz is for plants, animals, insects, birds, reptiles—anything that’s alive. Ms. Bonenfant will be working during the blitz but does have the iNaturalist app on her work phone and frequently adds observations while she’s in the field. She finds the app helps her focus “a bit more on the common things around you that you take for granted and don’t necessarily pay attention to. One example for me: there was a bunch of buzzing going on near me in a milkweed flower. I thought, those are bumble bees but then I looked closer and it was actually a bee mimic beetle. If you’re just giving it a quick glance it looks like a bumble bee but if you look closer it’s very different.”

“We’ve seen a huge increase in people taking every opportunity to explore outside spaces since the start of COVID-19, which is great,” she added. It’s a great way for families or people of any age to spend time outdoors and reconnect with nature, which is beneficial for physical and mental well-being.

“The app is a whole new world that brings experts right to your screen to help you identify things right where you are. Observations show up almost immediately as soon as they’re posted (as long as you have a strong enough signal).” If someone’s cell phone signal isn’t strong enough, photos and observations can be uploaded from a desktop or laptop computer. As soon as they’re uploaded, the observation is there for everyone to see. Participants can zoom in on Manitoulin Island (or any other area) to see what plant, animal or other species are being found in real time.

While the main goal of the blitz is to add to the existing knowledge base, it also helps to increase people’s awareness and enthusiasm for nature. “First and foremost, though, it’s a lot of fun” Ms. Bonenfant said. “I’m excited to see what everyone finds.”

Register for the Backyard BioBlitz at natureconservancy.ca/2021bioblitz. 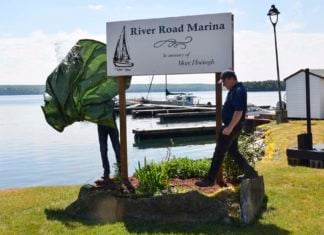 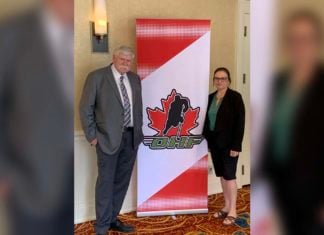