WHITEFISH RIVER FIRST NATION – A flurry of notices delivered in mid-March to cottages and homes on leased shoreline property in Whitefish River First Nation heralded some very bad news for non-band members. This past week the axe fell and dozens of folks who expected to ride out the pandemic received notice to vacate within 24 hours. Large concrete blocks materialized near the entrance to Old Village Road, ready to enforce the blockade of summer residences with greater force should it prove necessary to do so.

The extraordinary move to update the band’s trespass bylaw was taken by chief and council in the wake of growing concerns about the number of summer residents who were flocking to their properties, many returning from hot spots such as Florida and Toronto.

“Over the years, people pushed the limits and started to stay longer,” said Ogimaa Shining Turtle. “This is a process that is governed by our pandemic response and is in place to protect everyone.”

Residents who said they do not wish to be identified for fear of not being allowed to ever return assert that they were told that residing in their homes year-round was “okay,” pointing out band members were employed to clear the snow from driveways and there had been no issues before the pandemic began.

A number of the non-band residents point out that they have no other home to go to, that their houses in Whitefish River First Nation are their permanent residence and that they have been left scrambling to find alternate accommodation on 24 hours’ notice.

Ogimaa Shining Turtle noted that there was far more notice given than the residents imply. “We have a process,” he said. “Letters were sent out on March 18.”

The chief said that each of the leases in question list another residence as the lessee primary residence. “That is there in black and white,” he said. Ogimaa Shining Turtle said that he has received numerous calls from long-time residents requesting an exemption.

“It’s hard,” he said. “This wasn’t an easy decision to make. Everyone seems to have a reason why this shouldn’t apply to them. My phone hasn’t stopped ringing. They tell me ‘we are doing this for our children.’ Well, whose children do we govern for? I don’t know why cottagers feel they are exempt from the rule.”

Ogimaa Shining Turtle pointed to the increasingly heavy decisions that the band has had to make as the pandemic showed up on Canada’s shores. “We cancelled Little NHL,” he said. For people who don’t live in a First Nation that step might seem a frivolous thing, and there was plenty of pushback within Indigenous communities due to the integral role that the annual tournament has for many, especially children, but with the true seriousness of the danger becoming apparent it was a decision that has since proven to be a wise course of action, even for those who pushed against it.

“We have no school, no community gatherings, we lost a beloved member of the community and I had to go to the family and explain to them that there would be no wake, no funeral, only 10 people,” said Ogimaa Shining Turtle. “I was related to her and I couldn’t go. There are usually 90 to 100 people who attend the wake, I had to tell that grieving family ‘pick 10’.”

Like communities across the nation, the list of cancelled events and gatherings in Whitefish River First Nation is extensive and exhaustive.

“There is no fishing, no smelting, no tobacco stores, no music, no events of any kind, it’s just a very long lists of no’s we have to maintain for the safety of our community,” said Ogimaa Shining Turtle. “We even cancelled Easter!”

Keeping that list in place and adhered to requires discipline and understanding. “If I make exceptions for non-band members, what authority does that leave me to impose restrictions on our own community members?”

It didn’t help matters that people were choosing to come to their cottages in Whitefish River First Nation in unprecedented numbers.

“I went down Old Village Road and there were dozens of cars at cottages where you wouldn’t see anyone for months yet,” he said. “There were people gathered around outdoor fires. I was talking to one group and another fire started up behind me. It was crazy.”

Ogimaa Shining Turtle pointed to the veritable tsunami of vehicles that appeared at the community’s smoke shops the day the Whitefish Lake First Nation in Naughton shut down their stores. “There were hundreds of people flocking in,” he said.

Ogimaa Shining Turtle explained that there were several phases to the Whitefish River First Nation pandemic response. He noted that the barriers seen by the road entrances are precautionary.

He pointed out that phase one of the response was signage, phase two was a letter informing cottagers that they could not access their seasonal dwellings and phase three was bringing in concrete barriers to be placed in storage. He noted that the barriers need to be placed near where they would go up in case of phase four because the band has limited resources. “I don’t have cranes, I have a backhoe,” he said. “So I ordered 12 of the barriers and placed them in view.”

Ogimaa Shining Turtle said that he was trying to find a balance that would work to protect his community, but that no measures that have been put in place were done with any malice.

“I get it,” he said. “People don’t want to be in Sudbury, Toronto or Hamilton while this is going on. But the question you have to ask yourself, ‘is this essential?’

As for the speed with which things have been happening, Ogimaa Shining Turtle noted that it has been very uncharacteristic for an Anishinaabe community that seeks consensus for almost every decision.

“We didn’t get a chance to have public meetings, to consult everyone on what we do going forward, what do we do about cottagers,” he said. “There wasn’t the time for a lengthy debate to find the absolutely perfect solution.”

Meanwhile, those whose permanent residences are now located within Whitefish River First Nation, for whatever reason, are now scrambling to find alternative accommodations—an effort Ogimaa Shining Turtle said WRFN will try to assist.

M’Chigeeng First Nation is also restricting access to its territory to anyone who is not a permanent resident. This includes those not rostered in the First Nation, those with permanent addresses not in M’Chigeeng and ‘weekenders.’ 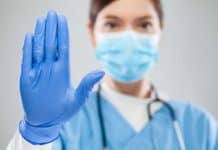 Tom Sasvari - January 26, 2022
ESPANOLA-MANITOULIN - The Manitoulin-Sudbury District Services Board (DSB), along with hospital partners on Manitoulin Island and Espanola have received great news in the form...