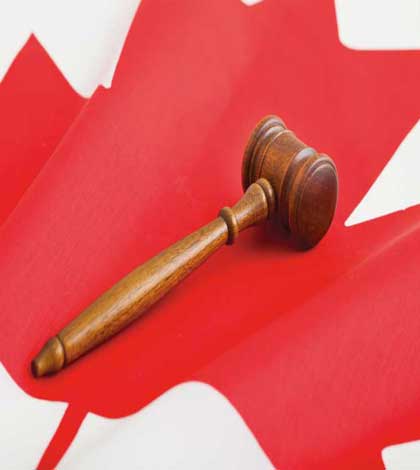 LITTLE CURRENT—Last Thursday, Justice of the Peace (JP) Darlene Hayden delivered a verdict of guilty in the ongoing case between Buddy’s Liquidation owner Aaron Toy and the Northeast Town over Mr. Toy’s breach of the town’s sign and billboard bylaw.

“The municipality finds no joy in the matter,” Northeast Town attorney Brad Allison told the court in response. “It (charging Mr. Toy) was a last resort. The sign in question is no longer on the corner and we don’t expect it will be in the future. For that reason we suggest a fine between $200-$300.”

Justice Hayden said that she agreed with Mr. Allison’s suggested fine, noting that the bylaw’s $5,000 fine was “excessive” in this case.

Mr. Toy asked to address the court, and requested that the fine be doubled (to between $400-$600) and donated to a local charity.

Mr. Allison said that he was sure his client would have no objection to Mr. Toy’s request, but advised that a nominal fee of a $1 would have to be paid as a charge to fulfill the bylaw breach.

As The Expositor previously reported, on Monday, June 3, Aaron Toy, owner of Buddy’s Liquidation in Little Current, received a Provincial Offences Act summons for breaching bylaw 2009-17, “being a bylaw to regulate the erection of signs, billboards and other advertising devices within the corporation limits of the Northeast Town;” and section 2, “No sign, billboard or other advertising device shall be erected or installed on the untravelled portion of highways or on any other lands owned by the corporation unless a permit has been issued by the manager of public works.”

The summons specifically states that the offence committed was to “cause or permit a sign to be placed on municipal property, to wit Robinson Street, Little Current, Ontario.”

Through previous interviews with Aaron Toy, Dave Toy and town CAO Dave Williamson, The Expositor learned that the summons was issued after several warnings from the town regarding the location of Buddy’s sidewalk sign, which was placed on town property and against the stop sign at the corner of Robinson and Worthington Streets, adjacent to his store.

The summons led to a social media campaign challenging the town’s decision and claiming that the town was “harassing” the Toys and singling out their business.

The trial lasted over four hours, ending in Justice Hayden informing the court that she would weigh both arguments and announce her decision at the next Little Current court date on November 21.

Prior to Justice Hayden delivering her verdict last Thursday, she reviewed the case and how she determined her ruling.

Justice Hayden explained that due to Mr. Toy being represented by his father, who is not an attorney, she allowed some leeway throughout the trial, resulting in a longer process, but was “better than the process appearing unfair.”

She also noted that when ruling on a case, the court can “only consider evidence that was presented under oath, not comments from the floor,” alluding to times when the defense made comments while not under oath during the trial.

Justice Hayden went over the defense’s case, stating that “the court is satisfied that the sign had been erected on the Northeast Town’s road allowance,” and breached the town’s sign bylaw by placing or allowing the business sign to be positioned on municipal property.

“The court also heard no evidence of council giving permission to Mr. Toy to erect the sign on town property,” continued Justice Hayden.

“There were several issues raised by the defense,” added Justice Hayden. “Was the sign Aaron Toy’s? Was the right person charged? Was there some officially induced error such as the defendant was given false information? Throughout his defense, Mr. Toy referred to the sign as ‘his sign’ and there was no evidence to suggest that Mr. Toy did not own the sign. The court finds that you are the owner and responsible for the sign.”

“The defense stated that the bylaw enforcement officer, Tom Spry, presented Mr. Toy with an outdated version of the bylaw, but Mr. Toy stated in evidence that he knew the version he was given was outdated and that he went online to find the current version. On this point, the court is satisfied that Mr. Toy knew his sign didn’t comply with the bylaw.”

“Mr. Toy said he had difficulties locating the rules about sign placement,” Justice Hayden continued, “but the rules are not relevant to the charge. The bylaw is law. The court is satisfied that you knew what you were doing and that you weren’t misled by an official. Mr. Toy said that he stopped placing the sign in front of his store on May 22, but the court does find that you are the owner of the sign and therefore ultimately permitted the violation and were responsible. Though the court does sympathize with you that you had difficulties controlling your father who kept putting the sign out, the court finds that this doesn’t dissolve you of responsibility.”

The court requested that Mr. Toy appear back in court on Thursday, December 19, bringing with him a receipt for his charitable donation.

Mr. Toy declined to speak with The Expositor following the ruling.