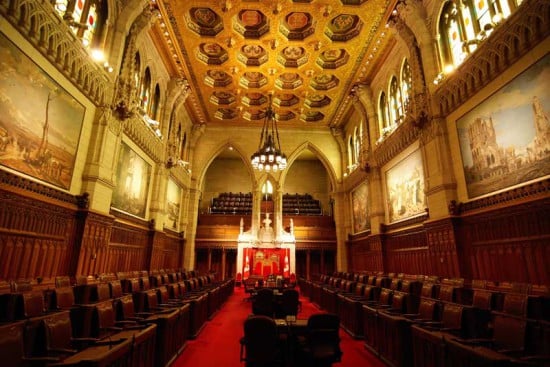 There are a myriad of disturbing concerns that stem from the drama surrounding some members of the Canadian Senate and their travel expense claims (in the case of Senator Pamela Wallin) and housing allowances for senators whose primary residence is deemed to be more than 100 km from Ottawa and this net embraces Senator Mike Duffy, Senator Patrick Brazzeau and Senator Mac Harb.

Senator Duffy was headline news for much of last week when the $90,000 he had claimed inappropriately and for which he was officially chastised was repaid to the federal government, ostensibly by himself, thus ending his particular enquiry and garnering him praise from Prime Minister Harper for having done the right thing.

The praise went silent when, last Friday, Canadians learned that Senator Duffy had been given (either by a gift or a loan) over $90,000 personally by Prime Minister Harper’s Chief of Staff Nigel Wright, the top person in the Prime Minister’s Office (PMO) and the PM’s primary political advisor.

One after another, these players fell on their swords: Senator Wallin resigned from the Senate’s Conservative caucus first, followed by Senator Duffy and then, on Saturday, we learned that Mr. Wright had resigned from his key position in the PMO. Senator Harb had earlier resigned from the Liberal caucus in protest after being ordered by the Leader’s office to repay his challenged expenses. Senator Harb has announced his intention to fight the matter in the courts.

Senators Wallin and Duffy will continue to hold their Senate seats, but will sit as independents, joining Senator Brazzeau (who had not left the Tory Senate caucus willingly but had been drummed out following charges of assault and sexual assault laid against him by the Sureté de Quebec, that province’s provincial police force).

Ms. Wallin, Mr. Duffy and Mr. Brazzeau now form a unique club within the Senate as tainted Senators, all of whom were appointed to their positions by Prime Minister Harper.

Now there is much speculation about whether or not Mr. Harper knew of the gift (or loan) of a not-insubstantial amount of money by his key aide to help get Mr. Duffy out of the limelight which was, even before this gift was revealed, shining with increasing intensity in the neighbourhood of the PMO.

It’s hard to imagine that the Prime Minister did not know that his main aide was planning to commit such an egregious error in judgment.

But errors in judgment abound in this situation, including the decision to appoint both Ms. Wallin but especially Mr. Duffy to their cash-until-age 75 Senate positions.

When Mike Duffy worked for CTV and hosted a Sunday national affairs program, he was blatantly unimpartial to the extent that he made many of us, who toil in the news industry and who strive for balanced reporting, very uncomfortable.

His particular appointment to an official position of privilege seemed to many people in this industry to be a reward for unprofessionalism and that, in turn, seemed just plain wrong.

Ms. Wallin, also a CTV veteran, at least had some distance between retiring as a journalist and her Senate appointment by Prime Minister Harper. During that time she served in another political capacity, appointed during Prime Minister Chretien’s time in office to head Canada’s New York City consulate.

Apparently the Harper Tories wanted Mr. Duffy and Ms. Wallin close at hand because they were (perhaps not so much now) successful and popular fundraisers who were much in demand at those $500 per plate fundraising dinners. (One of these events also got Mr. Duffy in trouble when an audit revealed he had not only had his expenses covered by one fundraising event he attended in Toronto but that he had also put in a claim to the Senate’s bookkeeper for reimbursement for attending the same function, ostensibly on Senate business.)

It’s not necessary to add anything new about Mr. Harper’s pronouncements during various political campaigns over the years where he vowed to get rid of pork barrel politics of which Mr. Duffy, Ms. Wallin and, indeed, Mr. Brazzeau are prime examples. People will remember this.

These represent serious errors in judgment directly relating to deliberate decisions this government made. If people were inclined to be greedy or duplicitous or even mean and nasty, this is information the PMO should have had before making these appointments. If they had such information but made the appointments regardless, then they should be shown no mercy by Canadian voters. What is more likely is that deep vetting didn’t happen at all and the appointments were made by this government, as with the Liberals before them, because they were friends of the party and sympathetic to its philosophy and strategies.

Careful readers of this space in The Expositor will recall that there has been the suggestion, made in several commentaries, that Prime Minister Harper and his Conservative government will be successful one more time, in the 2015 election, but by 2019 it will be time for a change and another party will come into power.

After what we witnessed last week, however, this prediction needs to be revised.

Mr. Harper used what has become known as the ‘Sponsorship Scandal’ to his advantage when he pointed out how much ‘sponsorship’ money had been doled out by Prime Minister Chretien’s government, particularly in Quebec, where the most modest of events and activities received funding as long as they publicly declared the fact that the government of Canada had played a significant financial role.

The Sponsorship Scandal made certain that Mr. Martin could not muster a majority government and also contributed enormously to the NDP’s remarkable success in Quebec in the last federal election that shot that party to Official Opposition status.

While the sponsorship concept got out of control as Liberal friendly advertising agencies in Quebec were given business that was not always completed and some of the sponsorship funding found its way back into Liberal coffers, at least it was premised on keeping Canada intact as Prime Minister Chretien’s advisors opined that the more often Quebeckers saw that the Canadian government was contributing to events in their province, the more likely they would be content to remain within the Canadian fold. (The sponsorship concept evolved after the most recent referendum on Quebec independence, a vote that the forces of change in Quebec lost by less than one percent.)

So even if it was handled ham-handedly, the sponsorship idea was motivated in the interest of keeping Canada intact.

But it was attacked by Mr. Harper as bad Liberal judgment and Liberal cronyism.

Well, Mr. Harper, speaking of bad judgment and bona-fide cronyism, it would appear that your government is showing the very wear and tear of being too long in office, skewed judgment and the taking of Canadians for granted that you cited against the Liberals, holding them accordingly to account.

It’s worth noting here that the appointment of friends to high places and living with some of the unsavoury consequences is a far remove from the Liberals’ motives for the sponsorship deal.

Based on the Conservatives’ stated benchmarks for the time to clean house and the reasons why this should be done, it appears that Mr. Harper’s Conservatives are themselves drawing close to what they have publicly and often shared about how much of this sort of thing Canadians can be expected to tolerate and that it is time to revise the 2015 election prediction in favour of Mr. Mulcair or young Mr. Trudeau.