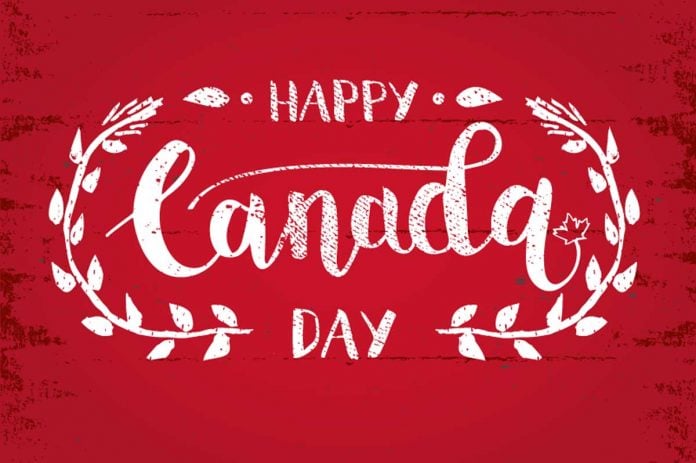 ﻿Canadians are not given much to bragging—as a nation and a people we tend to be humble to a fault, being more often focused on our perceived (and too often imagined) shortfalls than our accomplishments (1972 being a notable exception—young’uns ask your parents/grandparents, it’s a hockey thing). In fact, our national character is defined from the rest of the globe’s perspective more for a tendency to apologize than possibly any other dominant cultural facet.

This odd national personality quirk has perhaps never been more evident than in the present context as we wrestle with systemic racism instilled in our institutions birthed in the cauldron of colonialism and the overt racism of a world-spanning empire that reverberates down through to the present. Black Lives Matter is an important phrase even in a country as diverse (and proud of it) as ours. We aspire to the concept of all lives mattering equally, but it is those whose skins are not White who continue to risk their lives simply because their skin is a different colour.

The revelations of the residential school system remain a dark stain on our national honour that refuses to fade—nor should it, as the recognition of the horrors it inflicted on so many who were forced from their homes, families, language and culture in a misguided imperial belief that British civilization was the epitome—and needs to be remembered.

We live with the continued reality of the disproportionate number of Indigenous women and girls who continue to be murdered and missing with each and every passing day—many of those unreported or investigated properly due to the aforementioned systemic (and outright overt) racism that exists in our police services.

But there is something in this steady barrage of negative perceptions in which to take heart. We not only regret the transgressions of the past (and of course apologize), but as a nation we recognize that those transgressions were (and continue to be) wrong and total anathema to a just and civil society based on the founding principles of peace, order and good government.

Those principles are the foundation of our nation, enshrined in our constitution and fundamental to our approach to the social ills that assail us.

We are a remarkably healthy social democracy (Facebook conspiracy theorists notwithstanding) and part of our cherished freedoms include the right of those who are being wronged (and their allies) to stand up and be heard.

We are not dealing with our shortcomings quickly enough, there are plenty of voices who will quite fairly reinforce that point on any given day in any given city, but we can take heart in those young people (and older folks too) who stepped up, placard in hand and mask on face, to protest the continued discrimination against people of colour as part of the Black Lives Matter demonstration at the Little Current swing bridge recently.

Canada is the most multicultural nation in the world, a nation which celebrates its diversity and one which embraces the many cultures, not just the one or two whiter shades of pale that founded this nation. We are coming to grips, albeit still much too slowly, with the debt we owe those who were our allies in the early establishment of this nation—and whom we went on to treat shabbily once our need for their might of arms had passed.

We are much more than a country of massive girth, stretching between three oceans, holding the largest number (some three million) and largest (our own beloved Lake Huron) of the world’s freshwater lakes. We boast (sorry for the word) grand mountain ranges, prairies that stretch to the sunset and beyond, pristine arctic tundras and a huge abundance of natural resources. We are a people who look more to the future than to the past, whose culture provides opportunities for advancement for all (still working on the ‘equally’ part of that) with a society that seeks to provide a safety net for its most vulnerable.

Canada’s social safety net and universal health care are reasons enough to take pride in our nation this Canada Day, but we have so many more.

It is a near universal aspect of our communities that we step up and care for those around us who have met with adverse calamity. Despite the spectre of large gatherings at some outdoor parks and beaches around the country, we are largely observing the efforts needed to contain the COVID-19 pandemic (evidenced better by the numbers contained in the published health system data than by anecdotal incidents of insane social practices) and we care about our neighbours.

This is who we are as a nation, bumps, lumps and stumbles notwithstanding, an essentially caring and compassionate society who aims to, and can do, better.

So sorry, not sorry, we are Canada and proud. Happy Canada Day.