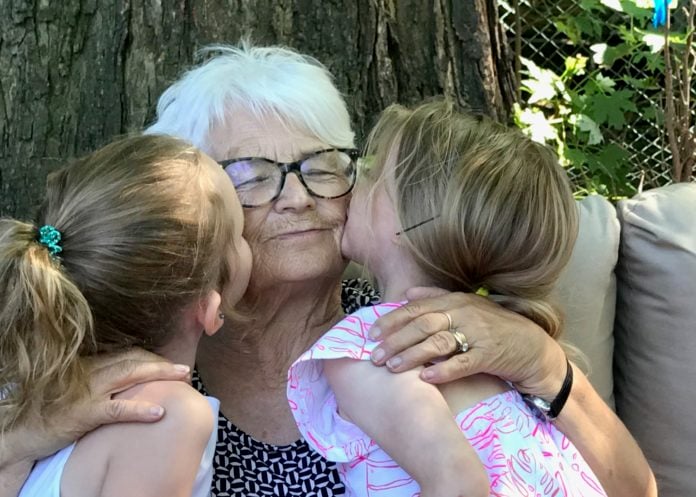 CAROL ANNE (SALLY) STEWART
It is with great sorrow that we announce the sudden passing of Carol Anne (Sally) Stewart on April 21, 2022. Sally was born into the Stewart clan in Port Arthur, Ontario on July 7, 1943, to the late Hugh and Alma Stewart. She had three brothers, Brian (wife Patricia) living in Duncan, BC, Don (predeceased) (wife Nelly, predeceased) and Bob Stewart (predeceased) (wife Agnes). Predeceased by beloved husband Stephen B. Marshall, Sally took comfort in knowing she would soon be sailing with Steve again. She is survived by her daughters from her first marriage to Ray Côté (deceased), Liana Côté Montminy (husband John) and Melanie Côté Loken (husband Chris), Stephen’s children Chris Marshall (wife Kristanne Grange) and Jane Marshall. One of her greatest joys in life was her grandchildren Shane Loken, Alma Loken, Rowan Marshall, and Renna Marshall. She also leaves behind her beloved dog Winston. Sally dearly loved her extended family, including countless nieces, nephews, great-nieces, great-nephews, cousins and all their spouses. She was also blessed to have a second family in the many friends who were part of her vibrant social life that included paint nights, book clubs, quilting, singing, dinners out and daily companionship. This ‘family she chose’ was very dear to her and will miss her greatly. Avid sailor, world traveller, fabulous baker, loyal friend and loving companion, Sally was always up for adventure and lived life to the fullest on her own terms. In lieu of flowers, donations can be made to the Canadian Association for Williams Syndrome at WilliamsSyndrome.ca. Funeral mass was at St. Bernard’s Church, Monday, April 25, 2022 at 11 am. The family will host a Celebration of Sally’s Life in the summer, details to follow.