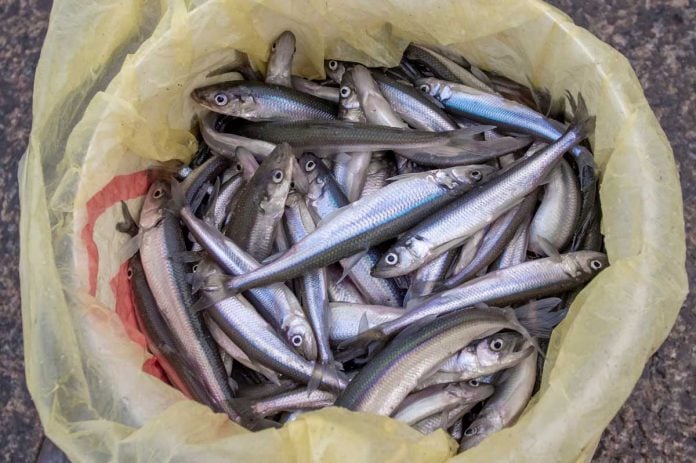 MINDEMOYA – Central Manitoulin council is in support of two messages presented by the Manitoulin Municipal Association (MMA) to all Manitoulin municipalities and First Nations in regards to COVID-19 and a call for people to restrict travel and stay in their principal residence to avoid the spread of the virus. Central Manitoulin council also agreed with the Island-wide decree that smelt fishing will not be permitted on road allowances and public property this year.

Mayor Richard Stephens noted the MMA had originally looked at having both messages being included in one motion, but decided to go with two messages. Mayor Stephens read the first message of the MMA: “This notice is to reinforce the federal and provincial message to restrict travel and stay at your principal residence. Hospital capacities are built around residential numbers. Manitoulin hospitals do not have the capacity to handle the influx of non-residents during this state of emergency. Please stay at your principal residence to avoid the spread of COVID-19. This message remains in effect for the duration of the provincial state of emergency.”

“My only comment to this message is that I have no objections to it,” said Councillor Steve Shaffer.

Councillor Derek Stephens raised a concern, “if we are not putting in a monitoring system at the swing bridge and only asking people to stay away it makes it difficult to do. There is a push out there to stop people at the bridge. And it makes it hard on local taxpayers who want to get to their camps on the Island. But as the premier and health care officials have said, people need to stay home. My concern is that I don’t know how we are going to enforce this.”

“This is up to the province and the OPP (Ontario Provincial Police),” said Mayor Stephens. “It will have to be up to them. We’re not going to put vigilantes out there, but we need to put out there we don’t want visitors from off-Island this year as it is not safe for anyone. As the MMA, premier, mayors and First Nation chiefs have said, we need to show unity in trying to convince people not to come to the Island until this emergency is over.”

Councillor Dale Scott said, “what I gather is that this is a strong message to travellers and summer residents to stay home, be safe and that it would be best if they stay home and not come to the Island. We need to support this strongly.”

Mayor Stephens said of Destination Manitoulin Island, “even though their job is to encourage tourists to visit they are doing the opposite right now and asking people to hold off and stay at home and stay safe.”

In a letter to Manitoulin Island First Nation chiefs, mayors, reeves and councils DMI states in part, “since late January 2020 DMI has not undertaken any tourism marketing initiatives and we will not until we find our way past COVID-19. However, you may have noticed that we have been sending out our ‘Stop+Think’ COVID-19 messages on our various social media forums and by email, which have been appreciated by 99 percent of our followers.” It was pointed out this campaign is echoed by official tourism industry leaders and DMI partners, along with local, provincial and federal public health officials.

Council voted in favour of MMA message No. 1.

“The second message MMA has proposed is to make sure people are not crowding around in groups with smelt fishing activities this year,” said Mayor Stephens. He read the message from the MMA which states, “smelt fishing on shoreline road allowances and public property will not be permitted in 2020. It will be enforced by OPP, MNRF and municipal bylaw officers.”
Councillor Scott questioned whether there is a set smelt season date as to when it starts and finishes.

Councillor Derek Stephens said there is no smelt season on the books. “When the smelt run, they run; there is no specific date or season for this.”

“I don’t know how we can tell people who live here and some who rely on smelt fishing to supplement their income and food stocks, that they are not allowed to smelt fish,” stated Councillor Derek Stephens. “There are a lot of people on the Island who fish for food to supplement their food source. It isn’t right to tell people they can’t eat,” adding he fishes for smelt and other species and uses smelts for bait as well. “It supplements my food source. You are telling these people they can eat fish this winter. I am totally opposed to this motion, and having the Ministry of Natural Resources and the OPP out harassing and fining people.”

With the COVID-19 pandemic, “we are all doing a lot of things we don’t like to do,” said Mayor Stephens. “We are doing this to keep people safe.”

Councillor Scott said the smelt season, “typically sees people elbow to elbow with many people in a small area trying to catch fish. This motion is designed to keep people safe. During the smelt season people don’t stay six feet away from each other. And if people need smelt fish for food I’m sure they can find a person with private property for fishing and hunting. They won’t have to starve.”

Councillor Al Tribinevicius agreed with Councillor’s Scott opinion on the issue. He also said curtailing the smelt season “might benefit the fish that feed on smelts, and help boost smelt populations as well. I’m going to support this motion.”’

“What this whole thing basically comes down to is following the rules with social physical distancing,” said Councillor Steve Shaffer.
“Smelt season brings a lot of people into a small area. It is a reasonable approach for the municipality, with COVID-19 and the potential for people to not follow social distancing to cancel smelt fishing in 2020.”

“I think this all goes along with the province wanting people to stay in their homes and not be around others,” said Councillor Angela Johnston. “It may not seem fair, but there are a lot of things that aren’t fair (due to COVID-19) right now.”

Council passed a motion in favour of the MMA message number two.