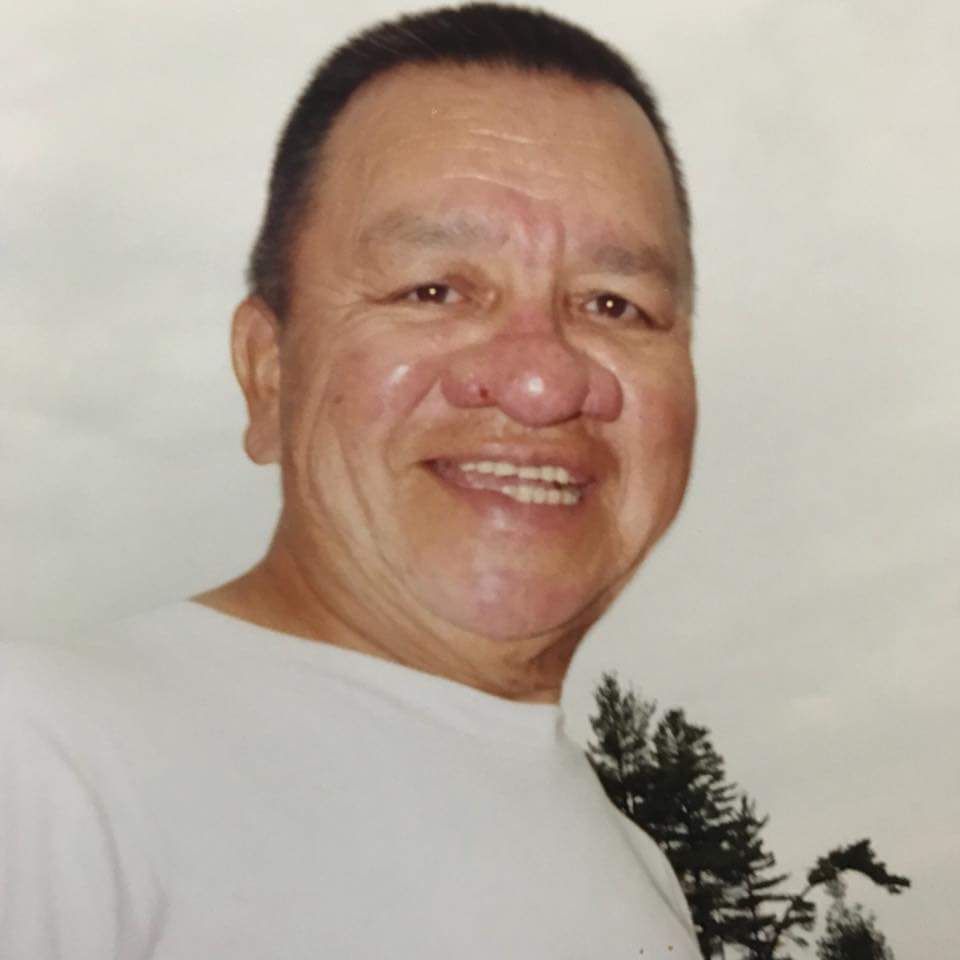 Charles William Joseph Kinoshameg “Bill” Gchi-Mookmaanens (Little Big Knife) passed away July 22, 2018 at 82 years. Predeseased by parents Joseph and Stella (King). Brother of Raymond (Lyla), Phyllis, James (Rosella). Special brother of Paul (predeceased). Uncle of Sheila (Raymond), Nancy (Mike), Ashley, Leia, Lindy (Leslie), Cindy (Kevin), Samantha (Mshukwad), and Nur-William. Special uncle of Keya, Jack and Liberty. Great- uncle of Nathan, Evangelista, Sunshine, Samuel, Tanner, Alani, Nakao, James, Lawrence, William, Emily and Leonard. Great-great uncle of Easton. Godfather of Sheila and Alissa. Dear friend of Mary Powell. Bill started his journey peacefully, loved and surrounded by family. Although Bill was born in Wikwemikong, he attended the Garnier Residential School for Boys in Spanish, Ontario, where he excelled in many sports including football, hockey and track and field, eventually winning him the Tom Longboat Award for All Sports Athlete. His love for the outdoors, water and travelling took him to work in the mines of Elliot Lake and Wawa; also leading him into the Royal Canadian Navy. His time with the RCN lead him to a presentation of a totem pole as The Queen of England was the audience. Bill furthered his education for the electrical engineering field through York, Ryerson and Trent University, leading him to work at the Toronto General Hospital, General Electric and eventually Trent University. Bill was a long-time resident of Toronto where he became involved with the Toronto Indian Club as president; Habitat for Humanity; The Canadian Hearing Society: where he learned sign language; Senior Citizens Group; Association of Energy Analysts; and Director and President of Wigwamen, where he has been honoured with an activity room and a scholarship award in his name. Two of his favourite charities are the Round Table International and the Variety Club. He has volunteered for Operation Red Nose for many years and has also been a long-time supporter of the Red Cross where he received an award for 100th donation. He also had a love for reading, golf, photography, cave exploring, Nascar, classical and Dixieland jazz music. He liked canoe trips, kayaking and scuba diving. Bill was also a great fan of the Wiky Redmen, the Toronto Maple Leafs and of course the Green Bay Packers. Bill will be missed by his family and friends, whether they were coworkers or adventure enthusiasts. “Never say can’t, just go and show ‘em!” -Bill Kinoshameg. Resting at the Lougheed Funeral Home 252 Regent St., at Hazel Street. Friends may call from 2 – 4; 7 – 9pm Wednesday, thence to rest at the South Bay Center. Friends may call after 6pm Thursday. Memorial Mass at Holy Cross Mission, Wikwemikong Friday, July 27th, 2018 at 11am. In lieu of flowers, donations to the Northern Cancer Foundation or Alzheimer Society would be appreciated.