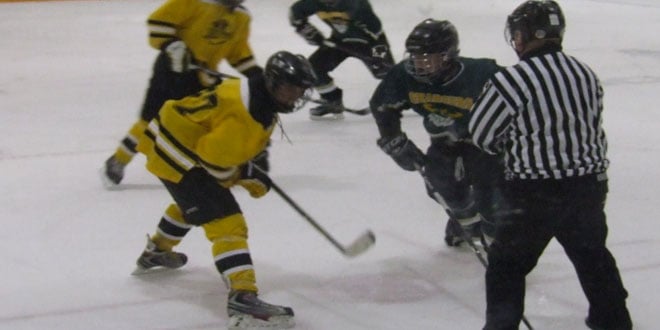 “It was a tight game up until the end of the first period when we got our first goal,” said Mustangs coach Brad Bond of their game against Lockerby. “Then it was 2-0 in the second and by the third Justice Corbiere scored four more points, with us finishing the game 6-0.”

The Mustangs started the best of three semi-finals on Monday night, playing the St. Charles Cardinals in Sudbury. Unfortunately, the Mustangs lost 5-1, but Mr. Bond said they played strong.

“They played really well, but had a few bad breaks,” Mr. Bond told The Expositor following the game. “They are looking forward to playing them again on their home turf this Friday.”

The Mustangs started off with a strong season earning the team a spot in the A divison.

The New Year started out tough for the boys, losing games due to bad penalties and with several of their players out with injuries.

Thankfully, the Mustangs have once again found their stride, something that coach Bond attributes to the players coming together and playing as a team.

Come out and support the Mustangs as they take on the Cardinals this Friday, February 14 at 7 pm at the Little Current Recreation Centre. 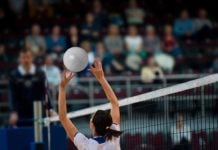