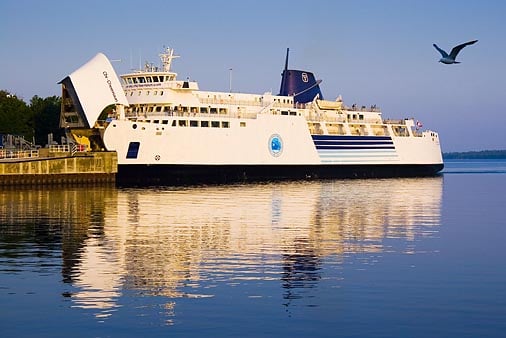 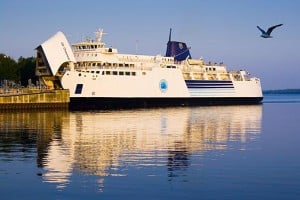 “I am tremendously pleased that due to increased and unexpected precipitation over the weekend the Lake Huron/Georgian Bay water levels have risen to a level sufficient for the Chi-Cheemaun ferry to dock safely at the Tobermory and South Baymouth ferry docks,” said Minister Gravelle in a statement. “While water levels are still too low for unrestricted operations, ferry service will start for passengers and cars on Friday, May 17. Certainly I’m pleased water levels have risen, however to ensure the long term sustainability of operations we remain committed to moving forward with vital repairs to the wharves.”

“Our goal has always been to start operations as soon and as safely as possible to avoid serious harm to the local economies and the interests of the people who rely on this service,” said Minister Gravelle. “The province recognizes the importance of these repairs. That’s why we are providing the funding needed to get the work on these federally owned wharves done as soon as possible, so that regular, full services can begin.”

“This is really good news,” said Michael Mantha, MPP for Algoma-Manitoulin, in speaking to the Recorder on Tuesday. “The water levels as I understand it have gone up significantly, about 25 centimetres (over one month), in order to start the ferry service.”

“We sent out a release, indicating the water levels have gone up enough to start to sail,” said Susan Schrempf, CEO of the Owen Sound Transportation Company. She said for now, “we will only be carrying lighter vehicles, so basically everything except for large, heavy trucks will be allowed.”

A May 13 OSTC release states, “the 2013 ferry season is to begin on Friday, May 17 with the 8:50 am scheduled departure from Tobermory. Lake Huron/Georgian Bay water levels have increased to the minimum required for the ferry to dock safely against the dock fenders at the Tobermory and South Baymouth ferry docks, under restricted load conditions. Ferry load restrictions will be in effect until water levels are at or above chart datum, or when Tobermory dock fender modifications are complete.”

The load restrictions (effective May 17, until further notice) explain that what will be acceptable on the ferry is light vehicles such as standard automobiles, pick-up trucks, vans, trailers, motorhomes, small cube trucks, motorcycles and bicycles. Acceptable with limitations are large vehicles (trucks) under 22,000 kilograms-limited to a maximum of one truck per load, and at master’s discretion. What is not acceptable is large vehicles (trucks) over 22,000 kilograms.

“The ferry service will continue to operate during fender reconstruction, expected to begin in the coming weeks,” the OSTC noted. “An agreement has been reached with Transport Canada, the owners of the docks, to permit the OSTC to access the federal facilities and complete repairs. The OSTC understands the urgency to get the MS Chi-Cheemaun sailing again at full service and are working to complete the construction as soon as possible,” the OSTC release continues.

“An engineering firm (Riggs Engineering Ltd.) has been retained and has started on the design and specifications. A provincial government tender to complete the construction work will be released on Tuesday, May 14.”

The agreement providing the province access to the Transport Canada wharves was finalized as of last Thursday afternoon. The MNDM explained, “The OSTC has moved quickly to hire Riggs Engineering Ltd. to complete the engineering design for modifications to the wharf facilities. Riggs is an expert on substantial marine infrastructure projects like this and has been used for similar work at other Transport Canada docking facilities. They will begin tomorrow (May 10) on a detailed design that will build on the report that Transport Canada commissioned Riggs to do back in December 2012 which confirmed that due to low water levels work was required on the fenders.”

“By hiring Riggs we are in fact saving time and money not having to redo their existing work from last year and they are able to expedite the process by securing necessary regulatory approvals on behalf of the OSTC,” the MNDM said. “While the detailed design work is being completed, Riggs will assist the OSTC with the bid review of the contractor who will undertake the actual construction on the fenders. This step will not take any extra time because it will happen while the design work is being refined and construction would not be able to begin until the design is finalized. With Riggs beginning their engineering work (May 10), the contract is expected to be awarded on the 17th and construction will follow directly. The entire process will take approximately 6-8 weeks.”

The work will not interfere with the ship sailing schedule, said Ms. Schrempf, who added, “It’s certainly good news we will be running the ferry starting Friday. Everything will be expedited, nothing will be slowed down.”

Mr. Mantha said in another step to make sure the fenders are repaired and there are no further delays to the season, “and not getting caught up in this same type of thing later, we are also imploring the federal government to have needed dredging done. They need to live up to their commitment to Manitoulin, the Bruce Peninsula and Georgian Bay, and get dredging work done. We will continue to push the federal government that they take action so the dredging is also done so we don’t get caught in the same predicament we did this time. The dredging is needed in case the water levels drop again as they are expected to. And this is very hard type of dredging that needs to be carried out, with blasting and dredging done properly.”

“On the issue of the dredging, we totally agree with Mr. Mantha on this,” said Ms. Schrempf. “If the water levels continue to drop as they are predicted to, and has in the past, a consultant and engineer need to be in place so that this can start now, and under our contract dredging work is Transport Canada’s responsibility.”

“If they are starting to sail I think that is good news,” said Algoma-Manitoulin-Kapuskasing MP Carol Hughes. “The tourist sector will certainly be happy. Unfortunately, there are some people who have already lost a lot of business with cancellations already. I think it was very irresponsible of both the provincial and federal governments to delay this until after the eleventh hour had passed. That is a shame, it has had a terrible impact on business and the economy.”