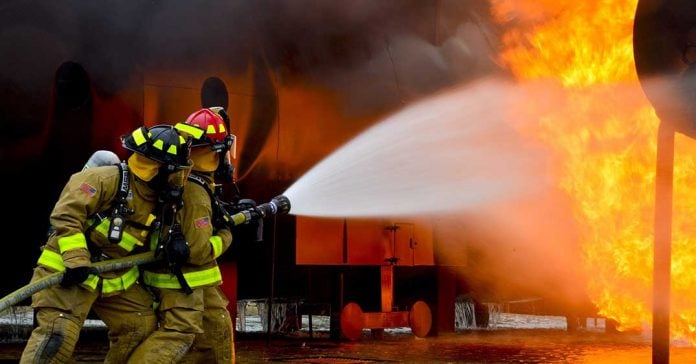 EVANSVILLE—An announcement by the province that it is repealing the controversial firefighter certification regulations was welcomed by local municipal leaders earlier this week.

“This is wonderful news,” said Wayne Bailey, a Burpee-Mills councillor and council liaison to the township fire department. “The Ford government is saying that because of the concerns that had been raised they are alleviating the pressure on municipalities and fire departments.”

Mr. Bailey noted that Minister of Community Safety and Correctional Services Michael Tibollo indicated he supports in principle firefighters being certified and trained. “I think this will come at some point but at least we will have more time to prepare. It is very difficult and costly to have our firefighters go through the same training as larger, professional full-time fire departments do. And in small areas like ours we only have to respond to a few fire calls a year, not every day.”

“I think it’s certainly going to save a lot of money and workload on volunteer firefighters,” said Ken Noland, Reeve of Burpee-Mills. “I think it will help to maintain current members of the fire department and certainly repealing the legislation will mean small rural fire departments continue to exist and be viable as they have been.”

This comes after the township received a letter from the Minister of Community Safety and Correctional Services dated October 5, 2018. Minister Tibollo wrote, “on May 8, 2018, the previous government passed three regulations under the Fire Protection and Prevention Act, 1997 related to firefighter certification, public reports, and community risk assessments. Over the past few months, I have heard substantial concerns about the mandatory certification regulation, which would come into force July 1, 2019. After hearing those concerns, our government has decided to repeal the firefighter certification regulation effective October 5, 2018. The community risk assessment and public reports regulations will come into force as scheduled.”

“We have heard from stakeholders that the certification regulation would present significant challenges for fire service and municipalities—in particular, small, rural and northern municipalities with volunteer fire departments,” wrote Minister Tibollo. “Fire departments and municipalities across the province have voiced concern with the resources and supports that were anticipated to be required to be compliant with the certification requirements, as well as the potential longer-term impacts on the ability of volunteer fire services to recruit certified firefighters.”

“My goal remains to ensure both firefighter and public safety and to that end, I agree in principle with the certification of all firefighters. Moving forward, however, I want to tenure that any proposals concerning fire safety balance the interests of all stakeholders,” added Minister Tibollo.