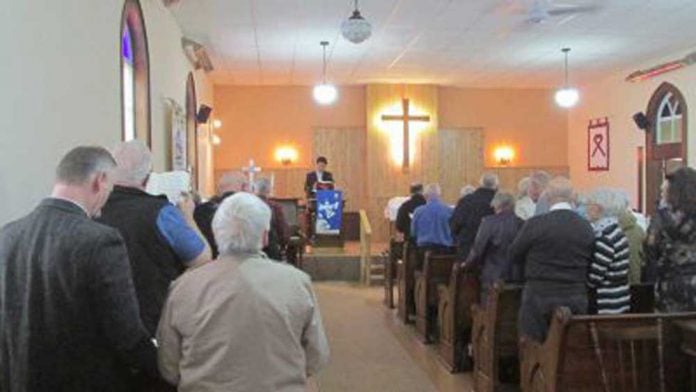 KAGAWONG—A final decision has been made by Billings Township council on the name to be used for the former St. Paul’s United Church—welcome The Old Church on the Hill.

“There were over 199 responses sent in from people on what they would like the name to be,” said Kathy MacDonald, Billings township clerk at a council meeting last week.

As was reported in last week’s Recorder, a previous meeting council had decided to extend the time period that public input could be provided for the new name. Council had narrowed the choices to three from the original 13 names that had been suggested to council. The three included The Hillside Theatre, The Old Church on the Hill and St. Paul’s On the Hill.

Ms. McDonald said that of the 199 responses from members of the public, 37.2 percent were in favour of The Old Church on the Hill; 36.05 percent for The Hillside Theatre and 34.41 percent for St. Paul’s On the Hill.

Council passed a motion in favour of The Old Church on the Hill.