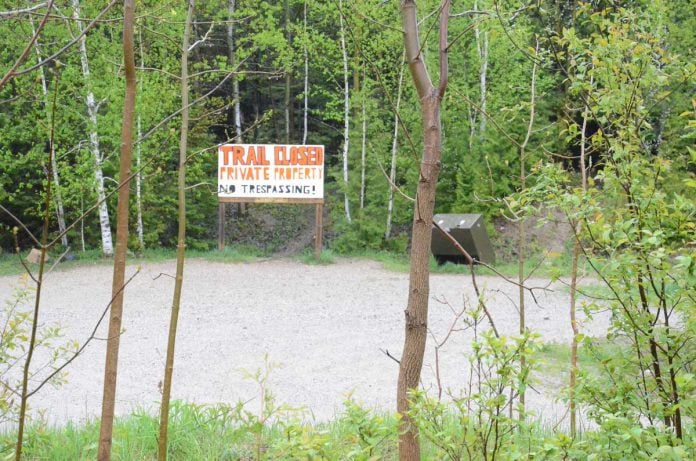 BIDWELL ROAD—The popular Cup and Saucer hiking trail is closed for the foreseeable future as the owner of much of the trail area (including the parking lot and entry point) seeks to find a solution to his current financial restraints.

Casson Eadie, proprietor of Don Eadie Construction which owns much of the Cup and Saucer property, told the Expositor that it is with heavy heart that he made the decision to close the trail.

“The way I feel, I’m almost being forced into it,” he told The Expositor.

Mr. Eadie counts a great deal on municipal gravel contracts to help bolster his construction business finances, but due to a number of reasons, these contracts have been few and far between these days, he admits.

Last week, the Northeast Town awarded its gravel tender to Calvin Pearson Construction. The other two tenders, Mike Varey Construction and Don Eadie Construction, were not accepted because neither of them had included a 10 percent bond, as had been stipulated in the tender document. It is Mr. Eadie’s view that with just one tender accepted, the gravel bid should have been re-tendered. 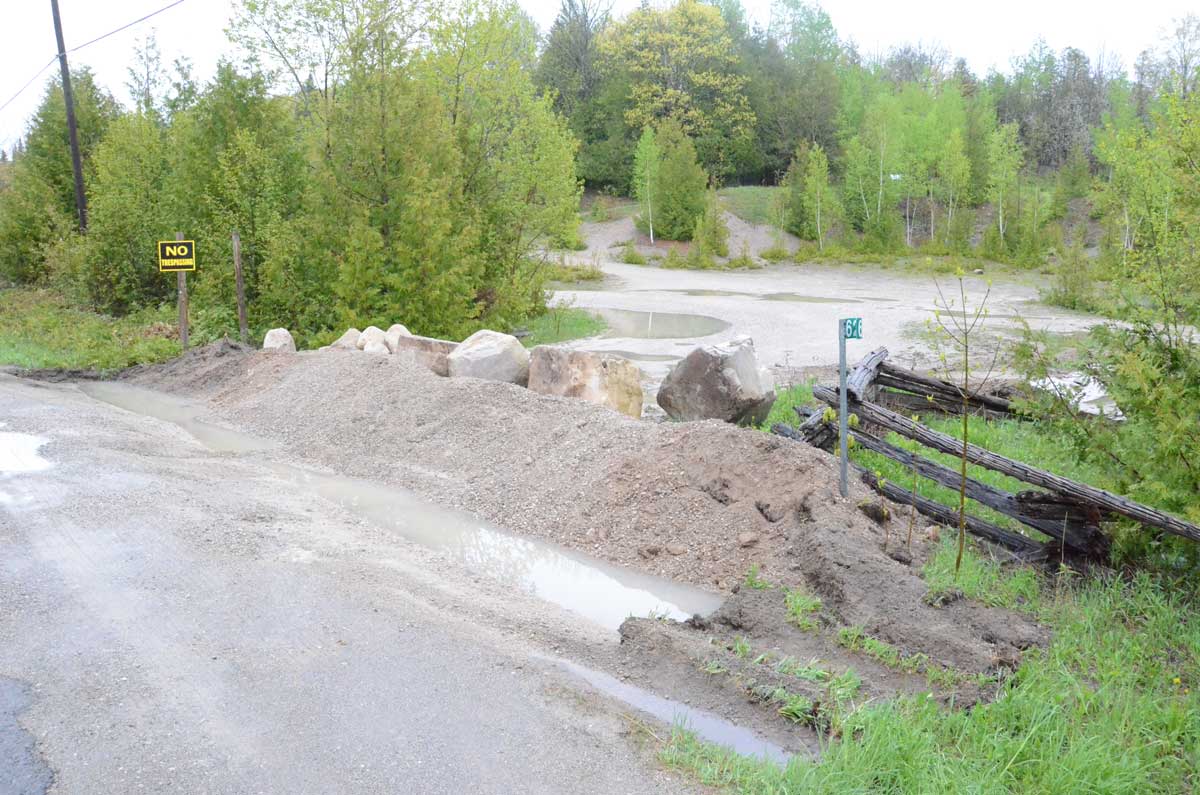 Mr Eadie told The Expositor that he has always had big dreams for the Cup and Saucer trail, including making it a year-round attraction, creating wheelchair accessible trails and has even thought about locating a restaurant of some kind at the base of the trail but these things cost money. He said he has enquired as to government grants that could help him get some of these ideas off the ground because it involves one of Manitoulin’s foremost tourist attractions, but because he is a private business, there is no help for him, he says. Mr. Eadie said he has approached the Northeast Town, the Manitoulin Tourism Association, LAMBAC and private businesses asking for help, but so far to no avail.

“I could sell it, but there’d be no trail,” he said. “They’re in it for the aggregates.”

“I’ve been trying to get someone to help me do something,” Mr. Eadie added.

Later this week Mr. Eadie will be showing the property to a timber interest and, if the price is right, the property could be timbered, making the trails dangerous for hikers.

Mr. Eadie said he is open to suggestions from the public and could reverse his decision if a workaround is found, adding that he knows the trail’s importance to the tourism economy and reiterating the fact that this is not his first choice.