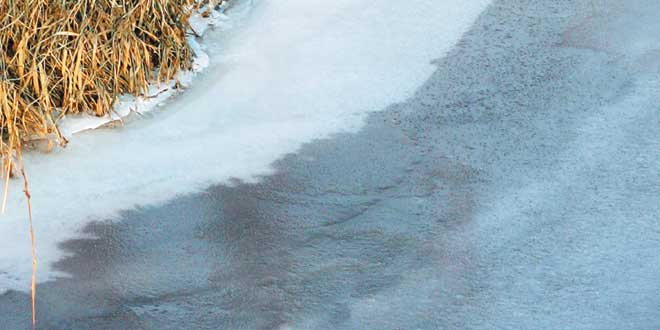 GORE BAY—Gore Bay council has given its approval to nominate three men who saved an Evansville resident who had plunged into the frigid waters of Julia Bay this past April for a Governor General Award.

“The general government committee at its last meeting had recommended that the three men (Brian Dittmar, Steve Prior and Wendell Clarke) who had taken part in the ice rescue be nominated for a Governor General’s award for bravery,” Gore Bay Mayor Ron Lane told council at a meeting last week. “Everyone I’m sure is familiar with the circumstances around it (in which the three men rescued Evansville resident Kirk Longmuir after).”

“If it wasn’t for the response and efforts of these three men, the man who was rescued would not be here today,” explained Mayor Lane. He noted that he had contacted Kevin Webb, Staff Sergeant Detachment Commander of the Manitoulin detachment of the Ontario Provincial Police and Algoma-Manitoulin MPP Michael Mantha for suggestions as to what award the three men could be nominated for. After further research, it was discovered there is a Governor General’s Award for bravery, for saving the life of another person. “This is the reason the committee suggested the nomination be made for the Governor Generals Award.”

Kirk Longmuir was rescued from the frigid waters of Julia Bay on April 1 by the three men after he and his girlfriend’s snowmobile broke through the ice (the latter who was able to get back to shore safely).

“There definitely needs to be official recognition of the efforts of these three men,” added Mayor Lane.

Council passed a motion on the recommendation from the general government committee that Brian Dittmar, Steve Prior and Wendell Clarke be nominated for the Governor General’s Award for bravery.”