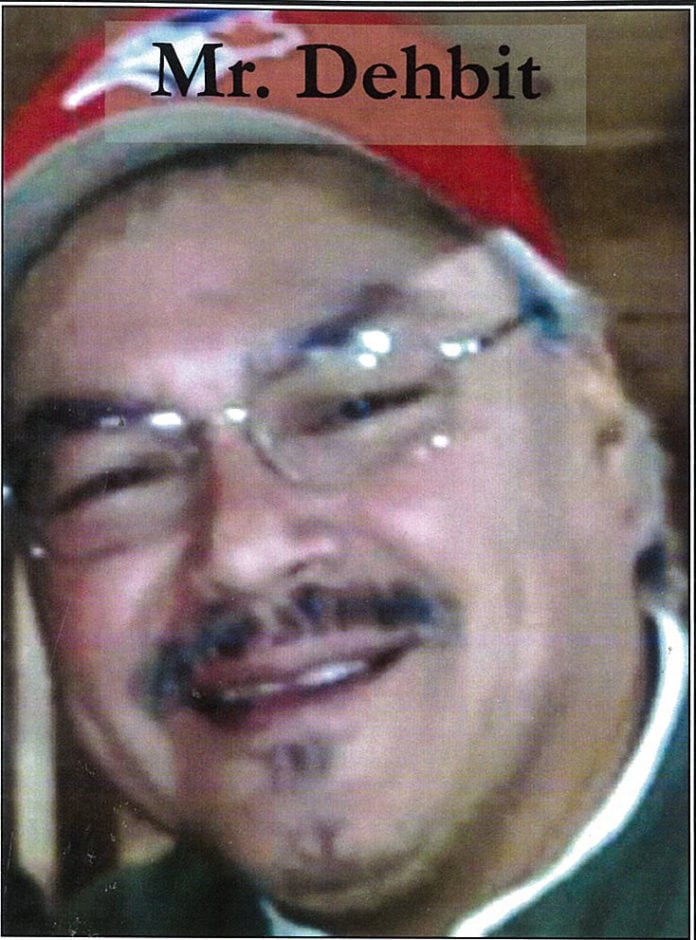 DAVID JOSEPH FRANCIS LAVALLEE
June 5, 1965 – August 20, 2022
In loving memory of David Joseph Francis Lavallee, 57 years, who passed away peacefully, surrounded by his family at Health Sciences North on Saturday, August 20, 2022. He was met by his sons Curtis (predeceased in 2011) and John Michaels (predeceased in 2006), his father Vincent, in-laws Gabriel and Agnes Simon Mishibinijima and grandparents David Lavallee and Julia Osawabine and Norman Neshawa and Julia Trudeau. Survived by his wife and best friend of 40 years, Valerie (nee Simon). Proud and devoted father of David Jr. (Ashley) and Kaithlyn (Kyle). Much loved and fun Papa of Clohee, Alaya, Bentley, Elizabeth, Michael and Jaxson. Cherished brother of Sandra, Jackie (Darren), Mingo, Monica (Wayne), Mary Elizabeth (Chris), Lynette (Aaron), Valentina, Eddie (Candy) and Sonja. Brother-in-law of Godfrey Shawanda (Virginia), Philip Roy (Sandy) (both predeceased), Rozina Lavalle (Joseph predeceased), Eugene Simon (predeceased), Howard Simon, Francis Simon (predeceased)(Laurie-Anne), Malcom Simon, Mary (Edward (predeceased), Diane (Robert Holmes) and Terry Bennett. He will be sadly missed and lovingly remembered by his many aunts, uncles, nieces, nephews, cousins, family and friends. Godson of Clara Trudeau and Raymond Peltier (predeceased). Godfather of Sonny Wemigwans, Christopher Jackson, Jolene Pitawanikwat (predeceased), Vanessa Lavallee and Gabriel Trudeau. David was born on June 5, 1965 in Little Current and was raised by his grandmother Julia Osawabine (Lavallee) Wemigwans. He worked for 36 years as a butcher. He began at Mastin’s, his boss was Renee Mastin. He then moved onto Freshmart, his boss was Wayne Skippen and at Andy’s Grocery Store, his boss was Andrew Manitowabi. These three men taught David the best customer service qualities. To all of the customers in his career, he did not believe in “That’s not my department.” He retired from butchering in April 2020. He then started his career as a bus driver for the Wikwemikong Board of Education. He rode every bus route in the community, his final one being South Bay. He took great pride in greeting all the children each morning, wishing them a good day at school and after school he would wish them a goodnight and see you again tomorrow. He was known for his kindness, handing out treats to the children on holidays and at the end of the school year. He also worked at the Wikwemikong Junior School for the past two years to teach the children Anishnaabemowin, where he earned the name Mr. Dehbit. He enjoyed playing many sports and activities from being a defense player for the South Bay Rockies, a fielder for Kickadonkey’s, short stop fast ball player for Giants, and also broom ball, sponge puck, golf, pool and fishing. He bestowed good sportsmanship to all the kids he was coaching over the years with the Wikwemikong Hawks, from novice to peewee. Also, for the softball team he put together with his children and their friends to form the team Thunders. His grandmother Julia and his father Vincent instilled in him the importance of volunteering. He was an avid fundraiser for Our Lady of Grace Church, Holy Cross Mission from bizarres to bingos, as well as with the South Bay Community Centre and finally with the Manitoulin Country Fest. He loved a good card game and games involving children, especially with his children and grandchildren. His grandchildren held a very special place in his heart. He knew his role as Papa involved only love and fun and he took this gift very seriously. The community will miss David’s daily morning and evening side-by-side routine visits and his “soup of the day” with the Kitchikeg Girls. Also, his visits with his Uncle Willie and Aunt Evelyn, where he would drop off his catch of the day. Family and friends gathered at 30 Lavallee Street on Monday, August 22, 2022 after 2 pm and on Tuesday, August 23, 2022 at Our Lady of Grace Church after 11 am. Funeral Mass was held on Wednesday, August 24, 2022 at 11 am at the Holy Cross Mission Church in Wikwemikong. Cremation followed at the Park Lawn Crematorium with burial at a later date alongside his son Curtis.