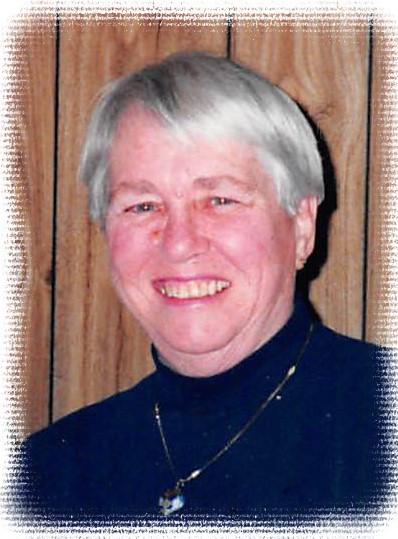 JACQUELINE WINNIFRED ‘JACKIE’ JOHNS
Jacqueline Winnifred Johns (nee Parry) of Collingwood passed away peacefully, surrounded by her family, at the Collingwood General and Marine Hospital on September 7, 2022 at the age of 84. Jackie was born on March 21, 1938 in Rouyn-Noranda, Quebec to Jack and Winnifred Parry. She graduated from Sudbury Tech and Vocational School and became a registered nurse at St. Joseph Hospital in Sudbury after graduating from the St. Elizabeth School of Nursing in 1957. Jackie married her high school sweetheart, Frederick Johns, in Sudbury in 1958, and the couple moved to McCrae Heights and went on to have four children, Dan Johns (Linda), Wendy Hietkamp (Jeff), Tim Johns (Melanie), and Susan Johnston (Doug). Jackie will be dearly missed by Fred, her four children and their spouses, her nine grandchildren Philippe Johns, Jacob Johns, Emily Hniebergall (Max), Sophie Hietkamp, Dorothy Johns, Sam Johns, Nicholas Johnston, Philip Johnston, and Thomas Johnston, her older sister Patricia Malysh (John), younger brother Jack Parry (Mirja), along with many nieces and nephews. Jackie treasured all of her family members, and was a devoted wife, mother, aunt, cheerleader, and friend. Jackie is predeceased by her parents, her sister Joanie, and by her dearest friends Margaret and Ron Maki. After Fred retired from Inco Mines, the couple built their dream house by Lake Kagawong on Manitoulin Island, where they spent 25 amazing years meeting new friends, curling, and sitting by their beautiful beach. In her later years the couple moved to Raglan Village in Collingwood. Jackie loved to socialize, and was always willing to play card games, word games, or any other games that produced large amounts of laughter. She enjoyed singing off-key, teasing, wearing silly costumes, and working in the kitchen at curling bonspiels in Providence Bay and for her church. We will miss her peanut butter and chocolate chip cookies, her peach pies, her Mrs. Perini’s chicken, and most of all, her infectious laugh. A celebration of Jackie’s life will be held at the Ferguson Funeral Home, Meaford on Saturday, October 1, 2022 at 2 pm, followed by a social at son Tim’s house at 69 Meadow Lane in Meaford. In lieu of flowers, the family requests that donations be made in Jackie’s memory either to the CNIB, or to Diabetes Canada, two chronic health issues that afflicted Jackie and were challenges to her in her later years. Donations may be made through the Ferguson Funeral Home, 48 Boucher Street East, Meaford, ON N4L 1B9 to whom arrangements have been entrusted. www.fergusonfuneralhomes.ca.