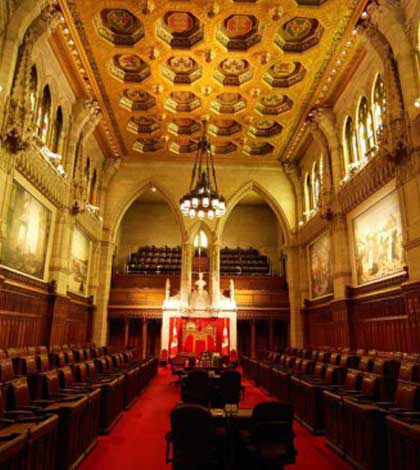 At this time of writing, 4 pm on Monday, October 28, the Conservative caucus that dominates the Senate will still be trying to figure a way out of the debate that has arisen since the Prime Minister’s Office (PMO) sent orders that Senators Patrick Brazzeau, Mike Duffy and Pamela Wallin were to be suspended from the Red Chamber, without pay, until an audit determined the full scope of their malfeasance.

On the national scene, the mess in the Senate has completely dwarfed the Conservative government’s good news about the first steps this country has taken along the important road to another free-trade agreement, this one with the 28 nations of the European Economic Community (EEC).

Not only that, the federal Tories are this weekend entering into their biennial national convention (an event that, ironically, was delayed by weather from its original date and rescheduled to this very weekend) and it’s not difficult to know what delegates and the grassroots are going to be discussing whether they want to or not.

The recent attempt to punish these senators for their imputed inappropriate expenses and to remove them from any place of importance was clearly undertaken to take them out of the Senate as quickly as possible, hence denying them a credible pulpit from which to complain about how they had been recently treated, consigning them instead to a pathetic series of press conferences, which they would have had to organize themselves, and to tell their story to whoever showed up.

Doubtless that had been the hope of the PMO and the leaders of the government Senate majority, except that things haven’t worked out that way and the three senators (partyless and effectively sitting as independents now as they have already been cast out of the Conservative Senate caucus) have been handed the stage to beg for a fair hearing and, further, to tell tales on how the PMO has attempted to deal with them, in Senator Duffy’s case, complete with documentation.

On sober reflection, it has probably not escaped the attention of the elder statesmen in the Tory Senate ranks that this debacle will not simply fade away should the three senators simply be turfed from the red chamber. At the very least Senators Duffy and Wallin have made it clear that they will sue should they be tossed without due process. Civil suits have a long half-life at the best of times and the impact of a steady diet of diatribes and mudpies such as those lobbed by Senator Duffy into the midst of the PMO would continue to splatter the prime minister and senior Tories well into the next election period. This Gordian Knot will not slice easily.

The Liberal minority in the Senate chamber has called for fair play, suggesting that the financial activity of the three senators should be referred to a special Senate committee which could examine the issues and interview the Senators who could then publicly attempt to justify their actions.

The Liberals and several Conservative senators (led by Senator Hugh Segal) have embraced this approach and have appealed to their Tory colleagues to follow them in this line of thinking and defeat the Conservative motion which will, if passed, take away not only their paycheques but also their ability to attempt to refute charges made against them directly to their Senate colleagues.

The Liberals’ position is that censuring the three in this way denies them the due legal process that Canadians have guaranteed to them constitutionally.

Prime Minister Harper, as lately as this past weekend, was resisting anything except getting them out of the Senate, but the longer the discussion goes on, the more Canadians are seeing that as it stands, there is no forum before which these people can defend themselves and explain their actions and the more people who begin to think this way, the more difficult it will be for the PMO to have its way with these three and to effectively silence them.

For the PMO to maintain its pressure will, within a day, start to appear as if the lady is complaining just a bit too much and then people may ask, “why would this be?”

For the PMO to relent, back off on what is still likely a whipped Senate Tory vote in favour of censuring Duffy, Brazzeau and Wallin, and let its red chamber caucus vote as individuals holds its own dangers for the prime minister for if the matter goes to an all-party special committee, that means that in the course of presenting their respective defences, all three senators will no doubt have much to reveal about how their expenses had been previously reviewed and rubber-stamped and then paid.

And, of course, the longer this week’s Senate debate continues (and Senators Wallin, Brazzeau and Duffy are still just that, senators) the more we’ll hear from them and from the Liberals and those Conservative who support allowing them due process as well as from the national press corps which is obviously enjoying having this to present, day after day, as the drama continues unfolding.

It’s a mess, but one that was clearly brought about by vague regulations concerning expenditures and claims by senators and even vaguer ones pertaining to how these claims are vetted.

By now, it’s clear that the senators under fire must be able to face their accusers and explain their actions in the forum proposed by Senate Liberal leader James Cowan.

It’s too late to effectively fire them and sweep the matter under the rug and simply talk about free trade with the EEC. 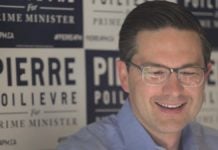 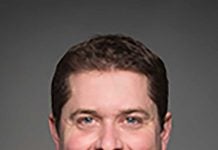 Chiefs of Ontario say no to fracking