The well-attended event included a number of demonstrations and interactive sessions for participants to learn about topics from foot care to Tai Chi.

The day’s events began at 9:30 am with an opening prayer and song from a drum group. At 9:50 am, Seneca College instructor and sport and recreation consultant Sarah Gallsworthy presented a session on physical literacy.

Physical literacy is all about embracing an individual’s movement ability. Ms. Gallsworthy spoke about how people living with diabetes and their families can use the technique to create environments that encourage playing, moving and connecting with other people. The goal of physical literacy is to increase movement by adapting to the interests of the participant in a way that is enjoyable and not a chore.

Following a break, Gary Petingola presented a session on mindfulness. Mindfulness is a way of increasing calmness, boosting concentration and focus, truly listening to others without being so reactive and taking positions on either side, and increasing compassion for the self and others. 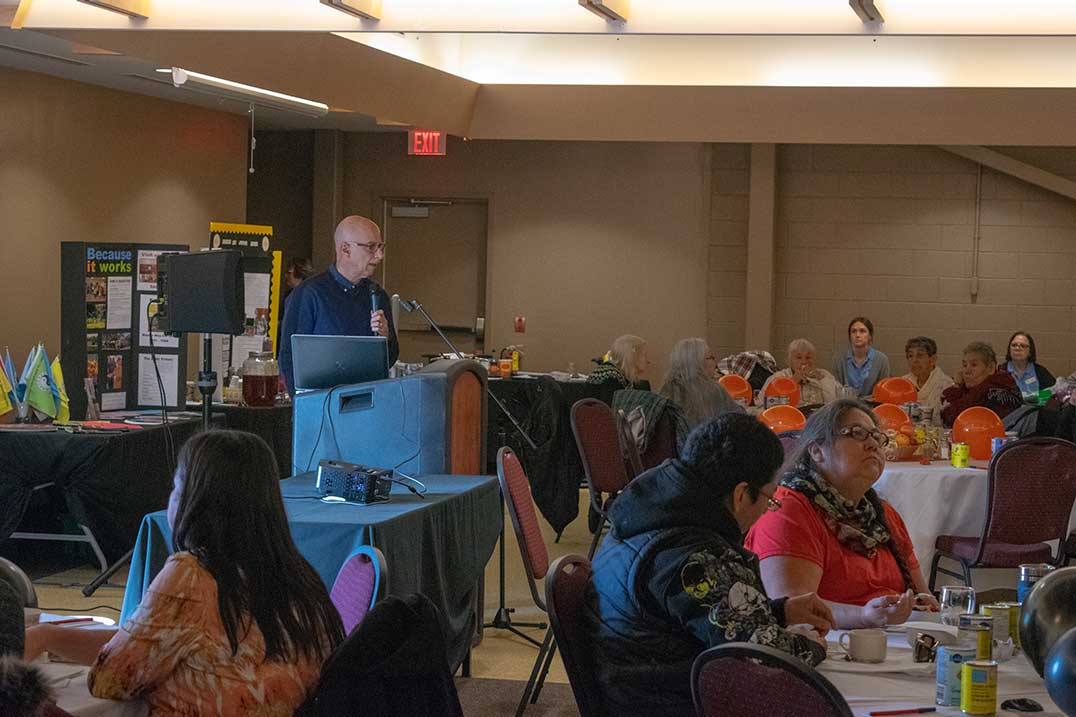 In his session, he explained the elements of mindfulness and dispelled what he described as common misconceptions about the practice. It related to diabetes because the practice helps participants accept the reality of the situation in which they find themselves, rather than further stressing them out by resisting things they cannot control. Mr. Petingola led the room in a guided mindfulness meditation before he opened up the room for a question-and-answer period.

Wendy Syvanen proceeded next for her session on Tai Chi, a Chinese martial art that has been used for defense training and health benefits. Ms. Syvanen is a continuing instructor with Taoist Tai Chi and had some members of her team in the centre of the room offering demonstrations. Everyone in attendance was encouraged to get up and participate in the session.

A lunch followed, featuring roast beef, chicken, rice and vegetable fries. In the afternoon, Lindsey Cosh re-opened the conference with a foot care presentation. Ms. Cosh is the Circle of Care program co-ordinator with the Indigenous Diabetes Health Circle. In a separate room at the conference, clinicians offered foot care to participants.

The rest of the afternoon centred around a food theme, starting with an interactive demonstration by From Soup to Tomatoes that introduced low-impact armchair exercises that can be done with minimal weights such as soup cans.