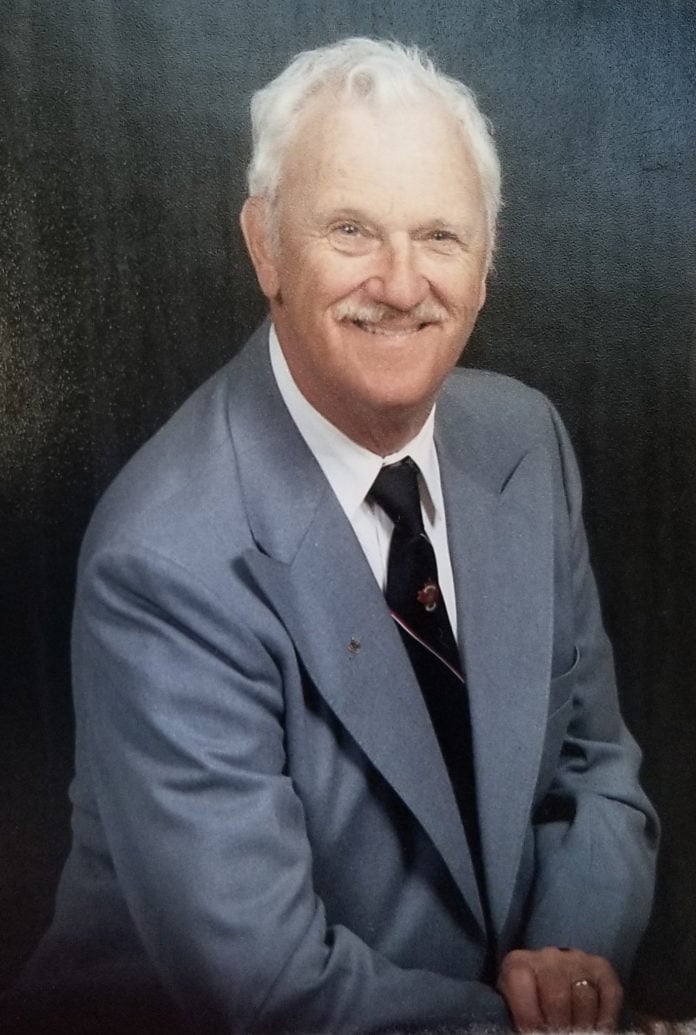 DONALD KEITH LAWRENCE PRESCOTT
November 25, 1932 – August 9, 2022
In loving memory of Donald Keith Lawrence Prescott, who passed away from Covid at Manitoulin Centennial Manor on August 9, 2022. Beloved husband of Naida (Neal) (predeceased 2018), loving father of Delroy (Janice) and proud grandfather of Graeme. Dad is now in the arms of his Lord and reunited with Mom who he began a 70 year journey together with as first loves in Grade 9 and married eight years later in 1956. Always supportive and involved together in whatever they did. They were true life partners. Don was born in North Bay, November 25, 1932, the eldest of 12 children to Harold and Esther (Lawrence) Prescott. He was predeceased by sister Shirley Hanzel (Edward) and brothers Bob and Terry (Sheila). Survived by Crystal Chaput (Dennis), Haroldene (Deannie) Turgeon (Marcel predeceased), Heather Hopps (Don predeceased), Patricia Radford (Ed predeceased), Bruce, Douglas (Evelyn), Randy (Deb) and Reggie. He was the much loved and respected “big brother and first branch of a big, beautiful family tree.” He will be missed by many nieces and nephews. Don was a talented athlete in several sports including hockey in Gatchell, Sudbury Tech, the first Sudbury Jr Wolves team in 1952, Ryerson, Indianapolis and Capreol. He coached Ontario Champion softball teams in Capreol. He later served as President and Life Member of The Ontario Softball Association. Don was the Secretary Manager of Manitoulin Minor Hockey and Commissioner of Island Fastball for many years. Don taught High School for 30 years, starting at Lo-Ellen in Sudbury then Espanola, moving to Manitoulin in 1967 as Little Current High School Vice Principal and was the first Director of Technical Studies for the soon to be MSS. After retiring, he and Naida owned a small business in Providence Bay for 15 years. Don was a Past Master of National Lodge and a Shriner. He was made a Senator in the Canadian Jaycees and was a Member of the Sudbury & District Sports Hall of Fame. The family is grateful to all the staff at Centennial Manor, who for the past six years gave excellent compassionate care to both Mom and Dad. As per his wishes, cremation has taken place. A Celebration of Life and interment of Don and Naida’s ashes will take place at a later date. If desired, a memorial donation in Donald’s memory would be appreciated to Manitoulin Centennial Manor Auxilary.