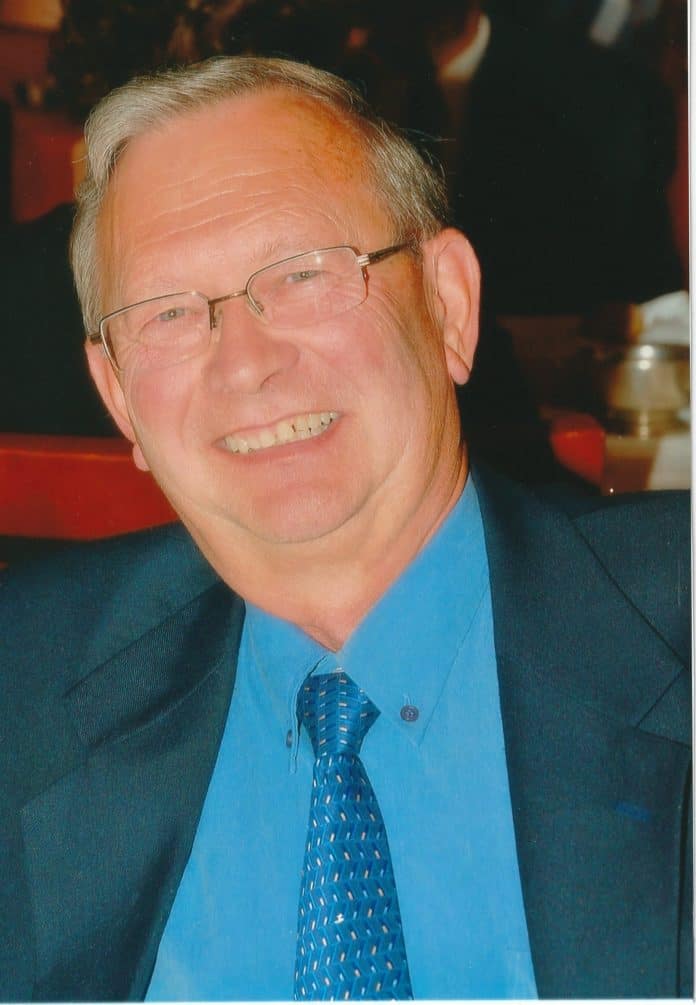 We are saddened to announce the passing of Douglas Blake Beange on January 29, 2021 at the age of 74. He passed away at home in Nipigon, surrounded by his family after a courageous 13-month battle with brain cancer. Blake was born February 21, 1946 in Ice Lake, Manitoulin Island, to James Robert Beange Sr. and Annie Jane (nee McKay). Blake’s love for the outdoors began on the family farm with brothers Jim and Ches. He left the Island to pursue a 30-year career as a Conservation Officer. That brought him to Fort Frances where he was known as Gentle Ben. Here he met his soulmate and wife of 51 years, Gwen. Blake’s career brought the family to Nipigon in 1976. The children have fond memories of numerous injured and abandoned animals being cared for in the Beange household. Following retirement in 1996, he worked for 4K Logging, was an agent for North American Fur Auctions as well as an instructor for hunter education and Canadian firearms safety. Over the years he volunteered as a Cub Leader, hockey coach, chairman of Ducks Unlimited, and was past Exalted Ruler of Nipigon Elks. Blake was a true outdoorsman. He enjoyed sharing his love for hunting and fishing with his children and grandchildren. His most cherished memories are of spending time at his camp on Mountain Bay with family and friends. He was known as the energizer bunny as he was not a person to sit still for very long. He also enjoyed watching all his grandchildren partaking in their sports and activities. Blake was very fortunate to make one final trip to moose camp this year. He always looked forward to that week with the gang. He had a special bond with his nephews Steve and Larry and lifelong friend Jack. Blake was predeceased by his parents James and Annie Beange, brother and sister-in-law James Jr. (Jim) and Marion Beange, parents-in-law Frederick and Florence Hill and sister-in-law Jo-Ann Hill. He will be lovingly remembered by his wife and best friend Gwendolyn Beange (nee Hill), daughter Jodi Beange (Garry Noga) of Fort Frances, son Kevin (Krista) Beange of Murillo, and daughter Julie (Shaun) Asselin of Thunder Bay; grandchildren Brett and Kassidy Almgren, Kolton and Kaelan Beange and Olivia and Quinnton Asselin; brother Chester (Shirley) Beange of Gore Bay, brothers-in-law Leonard (Linda) Hill, Lester Hill and Darrell (Linda) Hill, as well as numerous nieces and nephews. His faithful companion Bella was never far from his side, especially through his illness. As per his wishes, cremation has taken place. Due to COVID-19 restrictions, a private service for immediate family will be held at a later date but will also be available for viewing over Zoom. Email rector_stmarys@bellnet.ca for more information. A Celebration of Life will be planned at a later date. If you so desire donations can be made in Blake’s memory to the Tbaytel Tamarack House through Thunder Bay Regional Health Sciences Centre, https://www.healthsciencesfoundation.ca/memorial. Arrangements are in the care of Elliott Funeral Home Ltd., Nipigon.