Tax cuts for the wealthy and balanced budgets at all costs would appear to be goals at natural loggerheads, unless you are an acolyte of the latest brand of conservatism, where the term progressive most definitely need not apply. The latest Ontario budget, and its precursor in the economic statement last fall, are clear examples of the doublethink that now seems to pervade the Tory psyche. Gone are any indications of compassion for the poor, the vulnerable and the disadvantaged which might have existed in those heady bygone Red Tory days of the likes of a Bill Davis. Apparently there is no room for such weakness in an Ontario that is “open for business.” Truly, the sentiments stressed by no less a Progressive Conservative luminary than former Sudbury mayor and Progressive Conservative MPP Jim Gordon, who recently remarked that “There is no room for a red tory like me anymore” are playing true.

In the curious catechism of the new Conservative playbook, hallway health care will be eliminated through the efficiencies of de facto budget cuts and freezes. The magic wand of Ford “efficiencies” will take a health care system that has been known for decades to be under serious strain, due largely to the aging baby boom population, and which is facing even further stress due to years of severely short-sighted funding shortfalls under all partisan banners, and alleviate all ills by spending less.

The new government is taking things much, much further down the populist alley than any previous government would ever have dreamt. Gone is any pretence that media releases are anything but partisan government propaganda as Ontario’s self proclaimed “government for the people” moniker leads off each pronouncement of a further funding cut to vulnerable sectors as “investing” x number of dollars in that sector as though it were an increase in funding.

By focussing cuts on those in our society with the weakest voices, this government is cynically placing the burden of balancing the books onto the backs of those who can least afford it. This budget will bring real pain and real suffering, but this government is banking on the indifference of those who are not in pain, those who are not suffering but who are encouraged to feel hard done by through the use of social media propaganda.

It is vitally important that the books of this province are brought into order and since the employment rate is at an all-time high and the economy is running at near-capacity, this is definitely the time to do so. But that balance is not going to happen if the route is charted by allowing businesses to exploit workers, gutting environmental protections, human rights and placing the burden of that balance on the backs of the poor, the sick and the infirm.

Reganonomics has long been debunked by economists (hardly the most left-wing of analysts) as a complete failure and the trickledown effect has only succeeded in pouring more wealth into the hands of those who need it the least. Populism manipulates the very worst of our human instincts against us. Buck-a-beer and tailgate parties might be popular, but they are not a sound basis for a just and prosperous society. 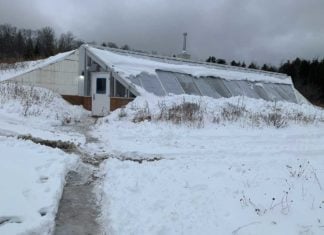 Warren Schlote - January 27, 2021
WIIKWEMKOONG - Teams are upgrading a greenhouse at Wikwemikong High School (WHS) to turn it into a four-season growing facility through a... 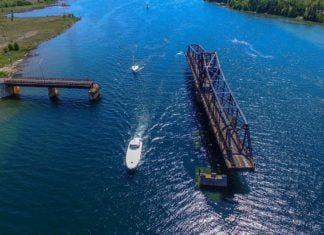