KAGAWONG—Plans to start up a craft brewery on Manitoulin Island took a massive leap forward with the successful completion of a crowdsourcing campaign on KickStarter.com by Split Rail Brewery.

This was the second kick at the can for Split Rail Brewery on KickStarter, as an ambitious first goal of raising $55,000 fell short by about $20,000 in the early spring. The new goal of $20,000 was easily surpassed, however, as by deadline on April 24 the Split Rail Brewery campaign had reached $23,806 from 152 beer aficionados.

Entrepreneurs Andrea Smith and Eleanor Charlton toured a potential temporary waterfront site in Kagawong with an eye to ramping up a small scale operation this year.

“We are amazed by and thankful for all the support of the Split Rail project and its KickStarter campaign,” said Ms. Smith. “We didn’t really know what to expect going into the process but ultimately we are very pleased with the result, not only because it generated a sizeable sum of funding to help us lift Split Rail off the ground, but also because the past few months confirm that there is widespread and genuine support for such a venture on Manitoulin.”

Although the final details have not been completely worked out on the startup location, the project appears to be well on its way to reality.

“It is all still up in the air as it is all under negotiation, and they need to jump through a whole bunch of regulatory hoops to get there, but the site they are looking to start up operations is located on the waterfront,” admitted Billings Mayor Austin Hunt. “It would be seasonal, at least to start, as it is not a year-round location. We would have to haul the sewage away because it would be too much for our small boater lagoons and they would have to pay for the cost of that too.”

A permanent home will require a much larger investment, noted Mayor Hunt. “But they would be looking at starting up a small operation there until they had all the funds lined up for the larger location,” he said. “Of course, this is all really up to them.”

A number of Billings councillors had indicated during discussion at the council table their interest in attracting the brewery to locate in Kagawong, noting the cache of having a craft brewery located near the waterfront could prove to be a great attraction to their community’s waterfront and marina.

“But we will have to discuss what they would be willing to pay and what we would be willing to accept in order to make that work out for everyone,” said Mayor Hunt. “That is something that needs to be worked out by our staff and the people who want to build the brewery.” 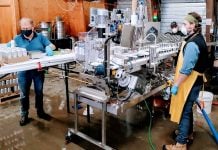 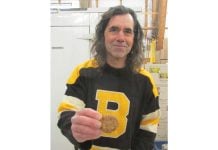 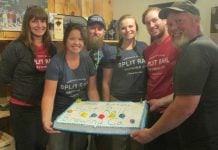 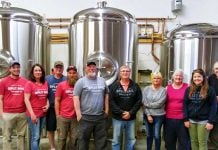 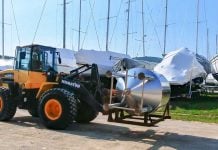