BARRIE ISLAND – The story of what was perhaps the first whooping crane ever seen in the district of Algoma-Manitoulin in a location on Barrie Island does not come to a happy ending for the visiting bird.

The whooping crane “was first spotted north of the North Line in Barrie Island by Nelson Jeffkins and Cathryn Thompson who live at their home at the corner of North Line and 10th Sideroad,” said Terry Land, of Gore Bay. He explained that around April 21 the couple first saw the bird in a field and thought it was a tundra swan. The bird hung around and “on April 30, Steve Prior and Cathy Haskett (who also live on Barrie Island) called me as they had seen the bird. I went out to see the whooping crane and tried to get pictures of it in the fading (evening) light.”
Mr. Land said there is no doubt it was a whooping crane, “probably the first one ever seen in the Algoma-Manitoulin District. As it is a rare bird everyone who had seen the bird felt it would be wise to keep this information under our hats to protect the bird, which as it turns out didn’t work.” He noted the whooping crane is predominantly white in colour and is larger in body size than a Sandhill crane. “This one had coloured bands on its legs and a transmitter on one leg with a number on it.”

“I ended up calling some people in Maryland at a bird banding organization that works with Bird Studies Canada,” said Mr. Land. “They indicated there were two birds of that combination; one which had one transmitter on one leg and the other that had two. This, as we found out later, was one of the birds they mentioned.”

Mr. Land said that all four of the people that he had mentioned saw the whooping crane on a regular basis “and on May 5 Steve (Prior) saw it in the afternoon and it was fine.”

However, that is when the story takes a tragic turn. “On that evening (May 5) there was a report between 8 pm and 8:30 pm of a shotgun blast and then later what sounded like a .22 calibre rifle,” said Mr. Land. “The person who reported this saw the bird walk a short distance to where it normally did to lay down. The next morning it was still in the same place and hadn’t moved. It had died. They reported it to a CO (conservation officer with the Ministry of Natural Resources and Forestry) on Monday morning after it was determined that it was dead. Then on the Tuesday I received a call from the lady in Maryland who was able to confirm it was one of their birds, but that it was dead.”

“This was a banded bird, born in 2017 in Wisconsin as part of a flock they are trying to regenerate,” continued Mr. Land. “Whooping cranes normally have a lifespan of between 20-24 years. This one was a female.”

Mr. Land noted the CO visited the area where the bird had been found dead. But after it had died the carcass fell victim of a fox, raccoon or other animal as it was no longer intact. The CO recovered one of its legs.

Mr. Land pointed out the bird was one of approximately 100 from a Wisconsin flock and that the whooping crane is the most endangered bird in North America. “It is a very sad story. The flock had started by 12 eggs having been retrieved from Canada and taken to the US to raise. Now one percent of the flock was shot and died on Barrie Island.” 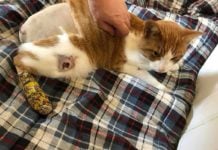 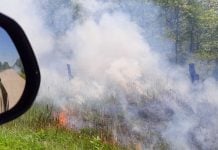 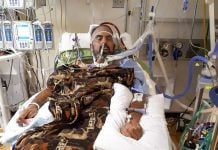 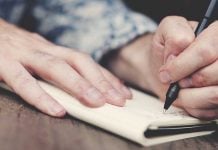 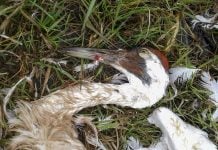