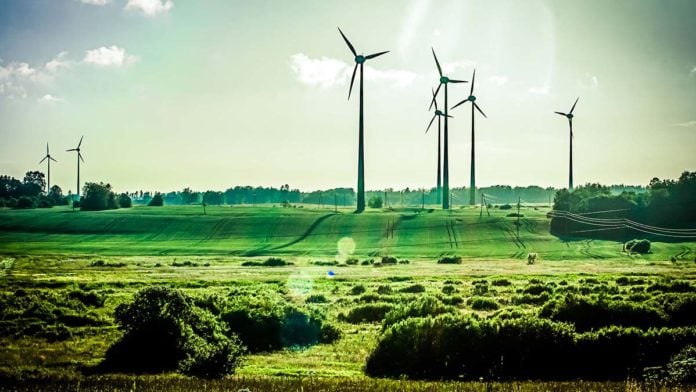 ﻿OTTAWA—Crop and livestock production is responsible for 10 percent of Canada’s greenhouse gas (GHG) emissions. This doesn’t include emissions from the use of fossil fuels or from fertilizer production. The federal government has announced $182.7 million as part of its Agricultural Climate Solutions program to help farmers lower their emissions and improve resiliency to climate change.

The Ontario Soil and Crop Improvement Association (OSCIA) will receive up to $25 million to deliver the On-Farm Climate Action Fund (OFCAF) in Ontario, some of which may find its way to Manitoulin Island. “The funding is meant to support farmers in managing what we call best management practices to reduce the emissions of greenhouse gases and enhance the storage of soil carbon,” said Angela Straathof, programs director with OSCIA.

The three target areas supported by the funding include cover cropping, nitrogen management and rotational grazing. Cover crops are plants, like clover and alfalfa, that are planted to cover the soil rather than for the purpose of being harvested. Funding could include payment-per-acre to cover adoption of cover cropping, for example, or related costs such as seeds and equipment.

Rotational grazing is the practice of containing and moving livestock through pasture to allow forage plants to recover, deepen their root systems and improve soil health. Funded projects in this target area could include agronomic services to develop grazing management plans, interior cross fencing or water system infrastructure.

Nitrogen management could include funding for agronomic services to develop farm-specific nutrient management plans or equipment modification for fertilizer application in fields.

“Soil is the largest source of terrestrial carbon on the planet,” Ms. Straathof said. “In Ontario, a good deal of land cover is devoted to agricultural practices. Just by nature of the number of hectares that the industry manages, there’s a lot of room to store carbon in that soil that they’re using for agricultural production.”

Typically this is done by increasing soil or organic matter content, thus storing more carbon in the soil and releasing less carbon dioxide from the soil into the atmosphere. “That can be done through the crops that are grown,” she noted. “They are taking carbon dioxide out of the atmosphere and through their roots, they’re releasing carbon into the soil. When those crops are harvested and stop growing, anything that remains on the surface of the soil also breaks down into soil organic carbon as well. Any opportunity the farmer has to minimize disturbance of the soil and maximize the amount of carbon going in is considered a good climate practice.”

OSCIA is targeting late spring or early summer to open an intake, where farmers can describe a proposal of the project they want to implement. Based on the funding allocated to the three different management practices, the farmer may have a successful application or they may have to apply at a future opportunity. The initial intake will support projects for the current growing season but there will be another opportunity for farmers to apply for additional funding in 2023. The funding ends in 2024.

“Farmers can apply to enhance their nitrogen management in fields or adopt cover cropping or implement rotational grazing practices if they have livestock,” Ms. Straathof said. “Depending on one of those three practice types that they’re going to be applying for, we assess the proposal that they submit to us on its eligibility based on the parameters given to us by Agriculture and Agri-Food Canada.”

These practices are scientifically supported but may be new practices to some farmers. The funding is an incentive for them to minimize the financial risk they would otherwise assume in changing their practices.

“The fight against climate change is not only about reducing Canada’s greenhouse gas emissions, but also helping farmers to innovate and adopt more sustainable farming practices,” said Marie-Claude Bibeau, minister of agriculture and agri-food.