“It is amazing,” stated mom Sara Pitawanakwat. “The video of ‘Free’ is going to the finals on March 27 and the winner will be announced on that date. As well, Andrea’s song has been nominated for an international song-writing award and it has made it to the semi-finals in that competition.”

“The winners will be announced on their (CIMV) awards on their online show and awards ceremony. Fingers crossed,” Ms. Ramolo told The Expositor.

Ms. Ramolo said in making it to the finals in the folk category with the video ‘Free,’ “it gives me affirmation that when women younger and older come together and use our voices and talents in support of one another and larger causes in the world, it makes a difference and moves people. And that is the sense I’m getting from the response to ‘Free.’ They can sense that it was a group effort made with love and passion for change.”

“So even though receiving nominations and awards doesn’t make something ‘great art,’ I am happy that the song and video’s message is resonating with people,” said Ms. Ramolo. “And if we win, we’ll then be able to celebrate the fact that more people might view the video, hear the song, and want to step up and make some necessary changes.”

“Only six videos have made it to the finals among over 400 being nominated originally,” said Ms. Pitawanakwat.

Emilee Ann starred in and co-directed the music video with Ms. Ramolo after a chance encounter last summer in Toronto. The video also features Kinnie Starr.

The video, for Ms. Ramolo’s song ‘Free’ can be found on her album ‘Quarantine Dream,’ which was released last October.

Emilee Ann and her mother met Ms. Ramolo when they attended a July 1, 2021 ‘Every Child Matters’ walk in downtown Toronto. When the crowd gathered at Toronto’s Nathan Phillips Square after the march, Emilee Ann, the sole hoop danger at the event, was invited into the centre of the circle to dance.

Ms. Ramolo had joined the march to walk in the spirit of solidarity. While she was walking, she explained she came upon two ladies and a young girl in dancing regalia. Emilee Ann noticed and struck up a conversation.

The Pitawanakwats have since become family to Ms. Ramolo.

Ms. Ramolo is a recording artist and multiple Canadian folk music award nominee. She was getting ready to record the video for ‘Free’ alongside Indigenous hip-hop alternative singer/songwriter Kinnie Starr when she had a dream. “The song ‘Free’ was playing and Emilee Ann was there.”

Emilee Ann worked with Ms. Ramolo on expressing her thoughts on the word ‘freedom” through works, arts and crafts. The video was shot only 18 days after the initial chance meeting. In the video, Emilee Ann leads Ms. Ramolo through a forest. It ends up with the girl hoop dancing. Emilee Ann came up with the movements and did a hoop dance in the video.

Ms. Ramolo pointed out the nomination for the song ‘Free’ is for the International Songwriting Competition out of Nashville. “Out of 22,000-plus entries, our song ‘Free’ via the video submission, made it as a semi-finalist.” 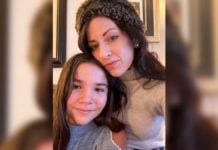 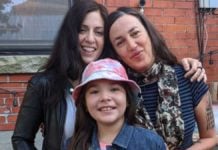 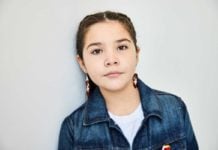