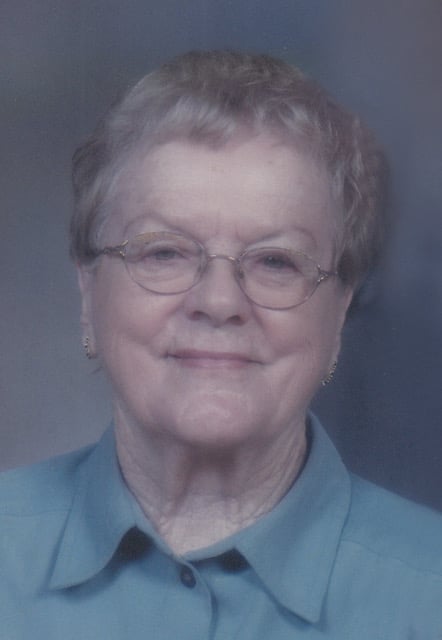 In loving memory of Ferne Isabella (Walford) Mackwood, who passed away peacefully October 13th, 2018 at the age of 94. She was the beloved wife of Ambrose (predeceased). Their marriage of seventy-four years was a strong and caring partnership that set an inspiring example for all. Ferne was a devoted mother to Lawrence (Donna) of North Vancouver, Gerald (Linda) of Huntsville, and Shelley Machum (husband Kenneth predeceased) of Sudbury. She was the cherished and proud grandmother of Gilda, Anthony, Murray, Emily, Nigel, Geoffrey, and Ashley. She took great joy in being a great-grandmother to Genevieve, Beatrix, Adeline and Winston, she was looking forward to the imminent arrival of another great-granddaughter. Ferne is also survived by her brother Clinton Walford and her sister Jean Bickford. Ferne was a woman of strength, dignity, determination, and faith. She worked as a teacher, medical receptionist and as a small business owner. Ferne took pride in her garden and was a fabulous cook. She expressed her creativity, love and empathy to her family, friends, neighbours, and strangers through the bounty of her kitchen. Along with Ambrose, she enjoyed an active retirement on Manitoulin Island and as a snowbird. She excelled at curling, shuffleboard, cribbage, and bridge. In her later years, Ferne did not seek the care of others as a reprieve from the rigours of a long life, but strove to remain independent as long as possible. In times of adversity and personal peril, her concern was always for others, bearing her pain and worry stoically. She will be missed by all whose lives she touched. Thanks to the staff and residents of The Walford and to the clergy and outreach team of St. Peter’s United Church for their kindness and support. Donations may be made to the Maison McCulloch Hospice or Salvation Army. A private memorial service to honour Ferne will be held at a future date. Arrangements entrusted to the Lougheed Funeral Home.