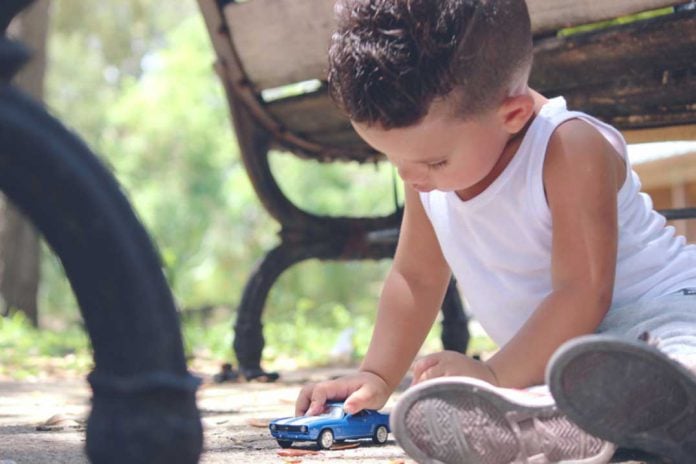 M’CHIGEENG—The Deputy Grand Council Chief of the Anishinabek Nation says that the time has come for First Nations to be able to look after their own children and open their own foster homes as soon as possible, without the Ontario Children’s Aid Society (CAS).

“No, final announcements have not been made about First Nations having our own laws and proposed systems for child care in place, but we are another step closer,” said Grand Council Chief Glen Hare after a conference in Thunder Bay last week. “The federal government is very interested in the work we have done on having our own child care system in place, which we have been working on for a long time, and they are now calling us on this. It is time. We have seen and heard the stories of two First Nation youths who committed suicide while in CAS foster care homes since Christmas, and a third, Courtney Scott, who barricaded herself in her foster home basement when a fire occurred in Orleans.”

“It is time that we take over our own children,” stated Grand Council Chief Hare. “We can look after our own children.”  Grand Council Chief Hare said the current child care system is in such a mess, “I was in North Bay recently to support a First Nations mom in North Bay who was trying to get her child back from foster care. Her lawyers didn’t show up and so the judge said that if the lawyers did contact him and ‘tell him the case needed to be adjourned to the next month or I’ll kill him’. And everyone who was in the court room laughed about this comment.”

“If that is the thinking of a judge, even if he was kidding, what’s the status of the entire child care system? It’s ludicrous,” stated Grand Council Chief Hare. “That’s another reason why I’m so wound up on this issue. I thought those kind of days were behind us now.”

“My remarks at the assembly I was at recently is that would I would like to see family foster homes opened by us (First Nations) as soon as possible, without the CAS being involved,” stated Chief Hare. “We don’t need interference from CAS-we don’t need their help. Two, we want to have our children registered as being human beings in the province when our babies are born. Currently, it takes five years for this to take place when a First Nation child is born and their parents receive no access to benefits or health care from the province. It’s interesting that when a person from overseas comes to Canada or Ontario they are provided education, a housing guarantee and the babies are registered in the province. But for First Nations babies it takes five years?”

“The third action I want to see the province take is the (legal) representation funding they took away 10 years ago for our parents and families to have legal representation in court involving CAS cases. Even 10 years ago they were only providing us $1,000 per case per year. But as we all know, one call to a lawyer and this is  gone,” continued Chief Hare. “We need proper resources.”

“CAS is an industry. Our kids aren’t for sale. We have a law and a proposed system that will work,” Anishinabek Nation Social Director Adrienne Pelletier was quoted by the Anishinabek News on May 5, 2017 as saying,  at the “Protecting the Spirit of the Child” conference last week in Toronto.

Anishinabek from all over the territory learned more about the Anishinabek Nation Child Well-Being Law and how it will be a positive impact on their communities.

“We have a responsibility to our children,” said Ms. Pelletier. “It takes a community to raise a child. This is our opportunity to assert our right to our children. We need to get engaged. We need to make a difference for the kids.”