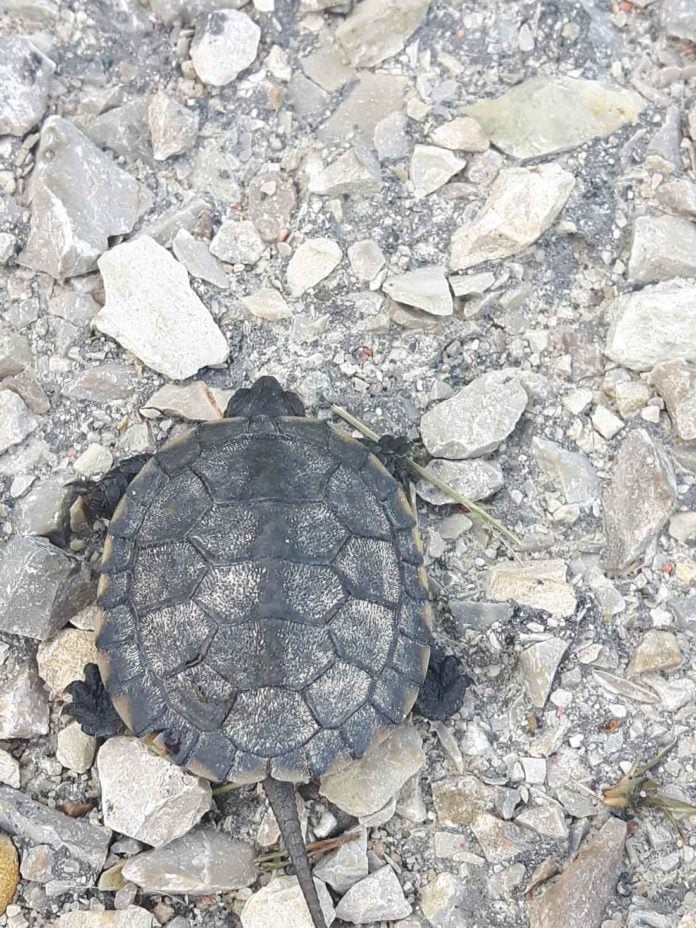 MANITOULIN—The Species at Risk program from Wiikwemkoong Unceded Territory has started a Friends of Manitoulin Turtles group, hoping to get people interested in helping turtles across the entire Island. The working group held a brainstorming session on December 12 to see who was interested and share ideas for initial actions and projects.

“I’d like to hear your thoughts on the direction we would all wish to go,” said Theodore Flamand, coordinator of Wiikwemkoong’s Species at Risk program and co-organizer of the turtle project.

“We have here a core group of people who care about turtles,” added Judith Jones, co-organizer. Ms. Jones is well known for her work with the Manitoulin Phragmites Project. “Where do we want to start? What should we do? What are good actions to begin?”
Turtles start becoming active in late spring and are often seen crossing roads and highways throughout that nesting season.

Unfortunately, roadkill is probably the number one threat to turtles on Manitoulin. Ideas included having people report where they are seeing turtles crossing roadways by posting photos to the Facebook page. This would enable the group to look into signage for these areas and protect nests as well as map habitat and nesting areas across the Island.

Predation of turtle eggs, invasive species such as phragmites, and habitat loss are other concerns for Island turtles. There are places where turtle habitat is getting changed around to become somebody’s lawn, said Ms. Jones. “Especially with new legislation coming down, there’s going to be more changing of wetlands into residential areas, and turtle eggs get trampled by vehicles or foot traffic, especially if the turtles choose to lay eggs on the side of the road.”

Building and installing turtle nesting boxes or enclosures are one way the Friends can help. One enclosure built by Wiikwemkoong’s Species at Risk program at Prairie Point Marsh held several nests. The enclosure kept predators out, said Mr. Flamand. Most of the nests inside the enclosure survived while those outside the box did not.

Mr. Flamand wants to see youth involved in the turtle project, which led to suggestions of contacting Island schools and youth groups to participate. There were also suggestions of organizing presentations to stewardship associations and the Manitoulin Nature Club.

The working group will meet again in January and throughout the winter months to prepare for spring turtle migration. A Facebook page, Friends of Manitoulin Turtles, has been set up for people to report road crossings, nesting sites, and share other turtle information.