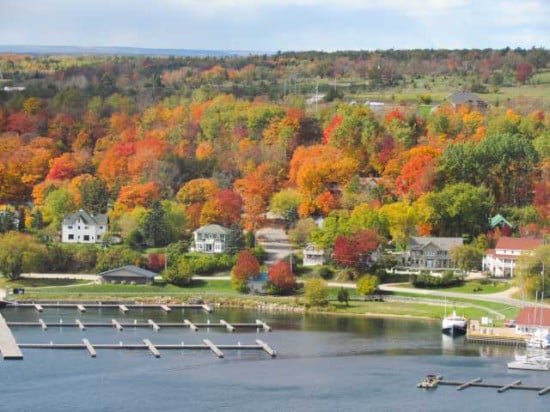 GORE BAY—Gore Bay council has given its support to two Manitoulin municipalities on concerns relating to low water levels and the need for dredging to take place in South Baymouth for safe passage of the Chi-Cheemaun ferry.

Gore Bay Mayor Ron Lane pointed out at a meeting of council on Monday, the town has received a letter-resolution from the Town of Northeastern Manitoulin and the Islands relating to low water levels and a second letter from the Township of Tehkummah concerning the dredging of the channel in Tehkummah for the passage of the Chi-Cheemaun.

“The Tehkummah motion is more of a concern relating to economics because of the ferry service running,” said Mr. Lane. “I’ve been getting letters from mayors-reeves in areas like Midland and Penetanguishene, and now NEMI, and we all have the same concerns with water levels.”

The Northeast Town motion requests “that the federal and provincial governments commit funding and resources to assist with water intakes, docks and marinas for municipalities, businesses and individuals impacted by low water levels and simplify the regulations and process for in water work applications. Further more, that a copy of this resolution be forwarded to the MP, MPP and other municipalities, International Joint Commission and First Nation communities with a request for their support.”

The Tehkummah Township resolution states, “whereas the low water levels of the channel at South Baymouth, Manitoulin Island has become an increasing concern for the Township of Tehkummah; the immediate participation of the federal government to ensure the channel is dredged for safe passage of the Chi-Cheemaun ferry is required to ensure the continued economic viability of the entire Manitoulin Island. The Township of Tehkummah requests immediate action from the federal government in this process and requests support from all Manitoulin Island municipalities be forwarded to the Honourable Keith Ashfield, Minister of Fisheries and Oceans Canada, with a copy to Carol Hughes, MP, Algoma-Manitoulin and the Owen Sound Transportation Company.

Gore Bay council passed motions in support of both the Northeast Town and Tehkummah on their concerns.

“Without dredging will the Chi-Cheemaun be viable this year?” asked Councillor Jack Clark.

“I know that was iffy be the end of last year’s (sailing season for the Chi-Cheemaun),” said Mr. Lane.

There are a lot of concerns being raised everywhere with low water levels, said Town Clerk Annette Clarke.

“We are like everyone else, we won’t know what the water levels are going to be until the spring and we see what the runoff is like,” said Mr. Lane.