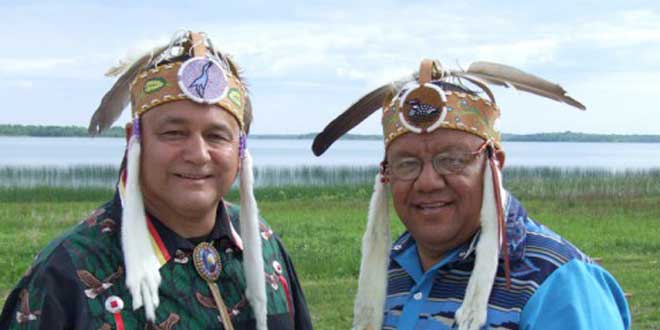 OTTAWA—In a letter to Prime Minister Stephen Harper, the Grand Council Chief of the Anishinabek Nation voices concern on behalf of all First Nations that the government is passing bills, legislation and funding cuts in an attempt to dissolve First Nation treaty rights.

Patrick Madahbee, Grand Council Chief of the Anishinabek Nation, has laid out his concerns on behalf of all Anishinabek people in his letter to Prime Minister Stephen Harper.

In the preface to Chief Madahbee’s letter to the prime minister, he states in a release on the Union of Ontario Indians (UOI) website, “Anishinabek Nation citizens: Please share this letter with your First Nation contacts. Legislative attacks and budget cuts are now a reality, and unless we come together and have our voices heard collectively, we may see First Nation treaty and inherent rights diminished until we are nothing more than a special interest group at best.”

In his letter to the prime minister, Mr. Madahbee wrote, “over the past couple of years it has become increasingly apparent to the Anishinabek First Nations that the federal government is on a path to dissolving First Nation treaty and inherent rights through infringing legislation. We have received copies of several letters from First Nation organizations like the Assembly of First Nations, the Chiefs of Ontario and other political organizations across the country, opposing federal legislation that impacts First Nations. At the Anishinabek Nation we have sent numerous letters and presented our reasons for objection to the various federal standing committees on legislation that the Government of Canada seems determined to ram through parliament.”

“During the Harmonized Sales Tax legislation process, First Nations in Ontario unified to oppose the federal and provincial objective to combine taxation policies and eliminate the provincial retail sales tax exemptions for First Nation citizens,” wrote Mr. Madahbee. “The very next year the federal Ministry of Revenue began taking First Nations, working class citizens to court on income tax policies, despite their treaty right not to be taxed within their own territories. Nearly every legislation or policy impacting First Nations which the federal government has introduced over the past couple of years will either eliminate First Nation treaty rights or minimize the Crown’s treaty and fiduciary responsibilities to First Nations in Canada. I cannot make myself any clearer: all lands and resources in Canada belong to First Nations people and no amount of legislation will take that fact away,” continued the Grand Council Chief.

“I wish to put it on record again that the Anishinabek First Nations oppose, reject and dismiss each and every bill that encroaches on First Nations treaty and inherent rights,” continued Grand Council Chief Madahbee. “Making sweeping changes that will impact First Nations (through legislation) without inclusion of First Nations in the development of these bills is contrary to a Nation-to-Nation relationship. The resolve of our citizens will be known across the country and we will bring national attention to the colonial approach Canada continues to push for in relation to First Nation territories and First Nations citizens rights.”

“First Nations have a unique legal and historical relationship with Canada as established through treaties and alliances during times of war and peace,” wrote the Grand Council Chief. “We have remained a loyal ally over many decades, only to watch our children get siphoned into residential schools and our land exploited for the betterment of Canada and to the detriment of First Nations. As the Grand Council Chief of the Anishinabek Nation I have limited authority as mandated by our leadership. However, I am in a position to remind Canada that First Nations will not sit quietly while funding to education is frozen, funding to health is cut, and land claims are held hostage to surrender clauses while mining companies are fast-tracked to exploit our lands in order to keep Canada listed as one of the wealthiest countries in the world.”

“First Nations socio-economic indicators continue to represent human rights issues comparable to those of many oppressed populations throughout the world,” continued Chief Madahbee. “I cannot, nor would I ever attempt to, control or stop First Nation citizens if they ever decide to have their voices heard in a free and democratic society.”

“The reputation of Canada is darkened by First Nation realities in Canada,” wrote Chief Madahbee. “Let us work together to make Canada a better country by engaging in meaningful dialogue that does not include a hidden agenda to assimilate and municipalize First Nations through oppressive legislation and policies.”