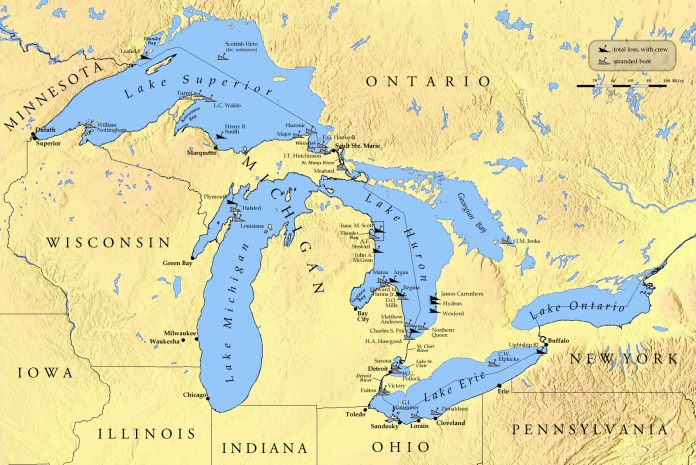 MANITOULIN—The Manitoulin contingent of the Great Lakes Islands Coalition is seeking people “who love islands” to join the team.

Manitoulin attendance, and knowledge of the event, stemmed from an email from Kagawong summer resident Jim Nies, who encouraged Expositor editor Alicia McCutcheon to attend.

“I had read about it and the minute I heard about the islands coalition, I knew we had to be a part of it,” he explained.

“It’s an interesting initiative, trying to connect all the islands,’ Mr. Nies, who is part of the Manitoulin group, said when contacted for an interview.

“We can contribute a lot,” he added when asked why Manitoulin’s participation in the coalition is of importance, “and can certainly learn from the other islands, and vice versa, which is good for us.”

“Manitoulin is different in that it has hospitals, schools and lot of amenities,” Mr. Nies added.

As The Expositor previously reported, Manitoulin’s differences were many and quite drastic in terms of services available to its population—which is far and above the other islands in the coalition, leaving this Island at an advantage in that regard.

As a sailor, Mr. Nies has visited many of the Great Lakes islands personally and has even driven the ice road to the Madeleine Islands (Wisconsin), where next fall’s summit will be held.

“Islands are fascinating places—they’re insular!” Mr. Nies, who hails from Wisconsin, quipped. “There’s something about an island; it’s psychological.”

Manitoulin’s many amenities, and dare we say it, perhaps even its iconic swing bridge (which some of the other islands frown upon), may cause its inhabitants to “not think like an island.”

“The people of Manitoulin should think more like an island, not just as part of Ontario, but as an entity unto itself,” Mr. Nies continued.

So far, the Manitoulin group of the coalition consists of Mr. Nies, Ms. McCutcheon, Scott Mosher and Lynn Foster. Mr. Mosher and Ms. Foster responded to the ad posting in The Expositor titled ‘Do you love islands?,’ which can be found on Page 26 of this newspaper. The group is hoping to add to its local band of island lovers.

“You can expect to be working with a team of like-minded, friendly folks who think islands are cool,” Mr. Nies said of joining up. “We will be finding out the needs and wants of Manitoulin and bringing them to the other islands and vice versa.”

There is one conference call a month with the other Great Lakes islands reps in which all members of the group would be expected to partake, plus time that could be required on any action items. For instance, the coalition is looking for photos and brief write-ups on each of the islands, as well as suggestions for the October summit on the Madeleine Islands.

Mr. Nies and Ms. McCutcheon both spoke of the ‘strength in numbers’ aspect of the Great Lakes Islands Coalition, especially when it comes to lobbying efforts on environmental issues facing the Great Lakes and its inhabitants, such as water levels and quality, invasive species or even nuclear water storage and shipment.

If interested, please send a note or email to Great Lakes Islands Coalition Team c/o editor@manitoulin.ca with just a few sentences explaining why you would like to be a part of the team.