Women should be the centre of our economic recovery

There’s no doubt the last year has been tough. What began as reports of a novel virus in late December 2019 snowballed into a full-blown pandemic that defined the entirety of 2020, while testing our preparedness at very turn. The results have been uneven, which is to be expected. While Canadians generally worked together under developing public health guidelines, we struggled for critical supplies as the economy shed jobs at an alarming rate. Somewhat lost in the frenzy was the fact that almost two-thirds of the jobs lost in Canada were those held by women. As we prepare to celebrate International Women’s Day, we can also consider the importance of ensuring the recovery addresses the gender inequality the pandemic has magnified.

There is little doubt that childcare is at the heart of the skewed job loss statistics. When faced with lost options for care outside of the home, many women reverted to traditional roles and took care of their children. The childcare burden was also felt by those who were able to keep their jobs but worked from home while managing their children’s time and even helping them attend school virtually. The issue was lost capacity although that had already been a problem before our current struggles. More importantly, we understood how access to childcare helped bring women into the workforce  and thereby grew our economy. We also saw from the Quebec model that subsidized childcare allowed even more women to find employment.

The argument for a public investment in this area is supported by strong research showing the clear economic benefits. New Democrats had already made this a topic of federal significance: going forward it is one sure-fire way to shrink the debt and grow the economy.

Last February, women composed almost half of the workforce in Canada. Since then, almost two out of every three jobs that have been lost were held by women. By July, those losses had erased three decades of gains made by women in Canadian workplaces while unpaid work, such as caring for children, increased. But the issue isn’t a simple male/female divide. The intersection of determinates like race or a lack of education were dividing lines for outcomes among women as well.

Another element of the pandemic that can be considered through a gendered lens is the type of work many women perform that has been critical to our response. Women working as nurses, personal support workers, orderlies and nurses aides have been considered essential and front-line in the fight against COVID. That means, in addition to relying on women to perform these critical jobs, they have been placed in greater danger of contracting the virus at work. While vaccinations will improve this, it is important to recognize how much we have counted on these (predominately) women and how exposed to danger they are.

Now, we find ourselves marking International Women’s Day for the second time in the pandemic. While we traditionally focus on the economic, political and social achievements of women past, present and future on this day, there is more to consider this time. The closures of schools and child-care spaces have been sporadic and temporary, but there is no guarantee the lost jobs will return as those factors stabilize. The challenges presented by this gender-based employment gap, which is being described as a “she-cession,” make it clear that we must focus on a “she-covery” to ensure the path forward is equitable. We have made sizeable public investments to see ourselves through the pandemic. It will be a shame if the recovery doesn’t consider the way that women have been disproportionately affected by the event. 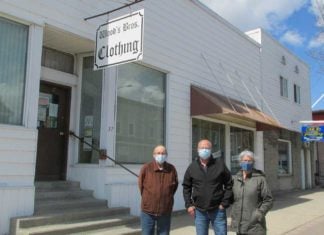 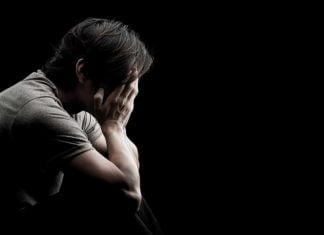