TORONTO—News that First Nations community residents will be exempted from delivery charges on their electricity bills as part of Premier Kathleen Wynne’s recently announced plan for electricity relief is being greeted with delight by First Nation leaders.

“I have to commend our negotiating team, folks like (Six Nations of the Grand River) Chief Ava Hill, (Whitefish River First Nation) Chief Shining Turtle and (Association of Iroquois and Allied Indians) Grand Chief Gordon Peters, among others,” he said. “They really did an excellent job.”

Grand Chief Madahbee said that the exemption from delivery charges, along with the other reductions announced generally, will have a positive impact on First Nation communities across the province. “It’s going to be a big help to our communities for sure,” he said. “Some of the communities are really struggling. Every little bit helps.”

Under the plan an across-the-board relief of 17 percent is coming this way by this summer, in addition to an eight percent rebate that took effect on January 1. Those changes are estimated to cost about $1 billion per year.

Several other measures were announced by the premier to help low-income and rural residents at a cost of $2.5 billion over three years. A program that gives a rate subsidy to those customers in rural and remote areas will also be expanded, so that ratepayers covered by local distribution companies with the highest delivery charges may also see their rates cut.

The Ontario Electricity Support Program for low-income ratepayers will be funded through government revenues and the benefits are being increased. A household that qualifies for the smallest credit, a single person earning less than $28,000, will soon save $45 a month instead of $30.

The province is also establishing an affordability fund for electricity customers who don’t qualify for low-income conservation programs to make energy efficiency improvements. 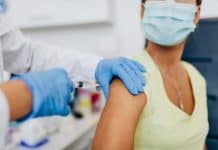